Michael Bloomberg’s Super Bowl ad, which presents the Democratic presidential contender as a brave advocate of public safety who is not afraid to take on “the gun lobby,” claims “2,900 children die from gun violence every year” in the United States, which is not true. That number includes young adults as well as minors, and it includes suicides as well as homicides. 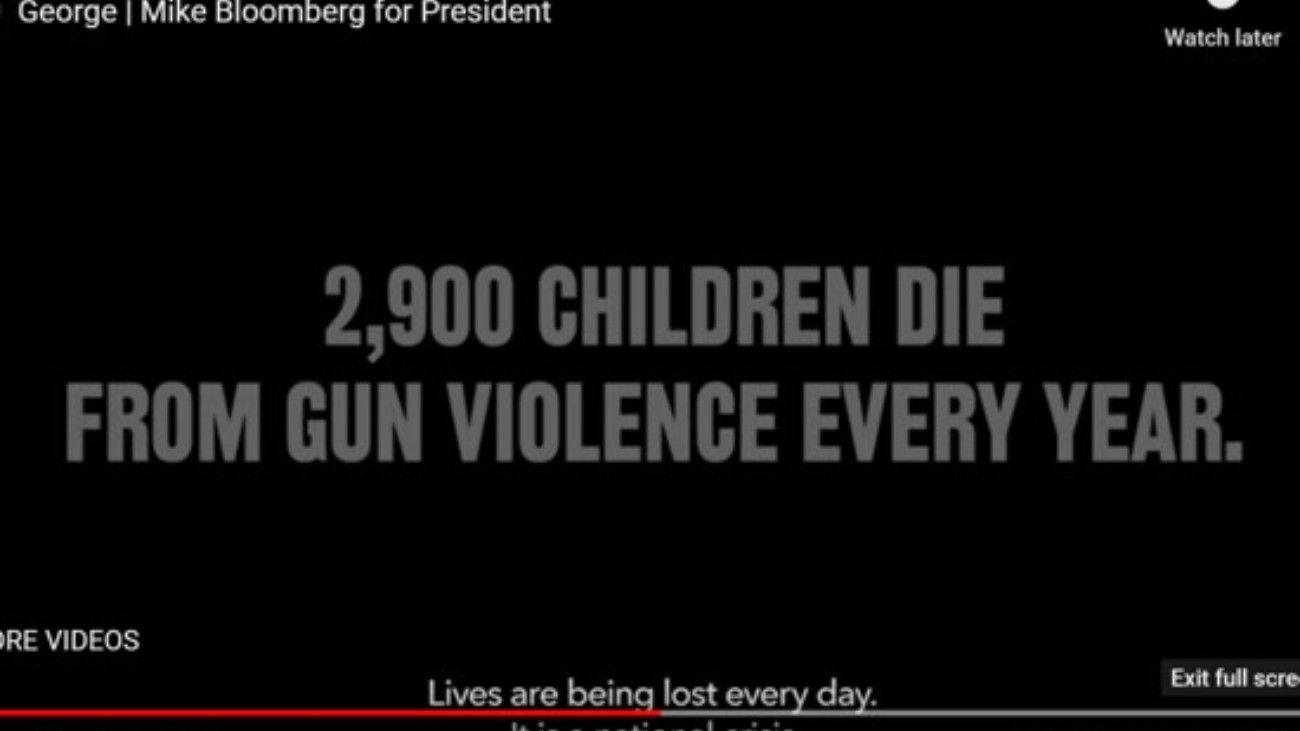 Bloomberg’s campaign cited Everytown for Gun Safety, a Bloomberg-backed group, as the source of the number used in the ad. “Annually,” the organization said in June 2019 fact sheet, “nearly 2,900 children and teens (ages 0 to 19) are shot and killed.” The ad changed “children and teens” (including young adults) to “children,” presumably because that makes the deaths more shocking, strengthening the emotional case for the gun control policies Bloomberg favors.

According to to the U.S. Centers for Disease Control and Prevention, FactCheck.org notes, the average number of firearm-related deaths involving Americans 17 or younger from 2013 through 2017 (the period used by Everytown for Gun Safety) was about 1,500, roughly half the number cited by Bloomberg. Furthermore, nearly two-fifths of those deaths were suicides, meaning the number of minors killed each year by “gun violence,” as that term is usually understood, is about 73 percent smaller than the figure cited in Bloomberg’s ad.

Continue reading this article at Reason.com…