How far would a basketball with backspin go? The Magnus Effect Displayed [VIDEO] 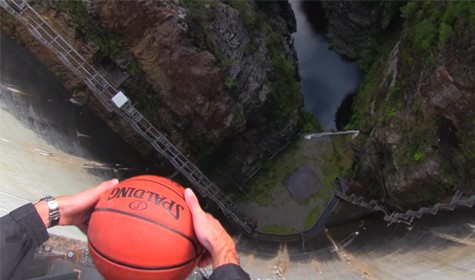 A group of people were at the Gordon Damn in Tasmania trying to break the world record for the farthest free-throw.  But, during their exploits, one of them dropped the basketball with a slight spin on it.  The ball took off!  This demonstration is what is known as The Magnus Effect.  The Magnus Effect is the commonly observed effect in which a spinning ball (or cylinder) curves away from its principal flight path. And, while this might not sound like that big of a deal it has had incredible scientific and engineering applications, for instance in the design of rotor ships and Flettner aeroplanes.

Watch the video below on how this effect works: