For The First Time Since The 1970s, Texas Is Considering Curtailing Oil Production 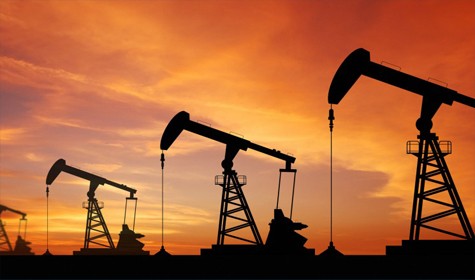 Following the 2014 Thanksgiving massacre, Saudi Arabia effectively broke up OPEC to try to kill the US shale sector by overproducing oil and sending its price plunging. It failed largely thanks to the extreme generosity of “yield-starved” junk bond buyers.

Texas regulators are considering curtailing oil production in America’s largest oil-producing state, “something they haven’t done in decades”, the WSJ reports citing sources. Additionally, the  report goes on to note that several oil executives have reached out to members of the Texas Railroad Commission, which regulates the industry, requesting relief following an oil-price crash which soared the most on record on Tuesday and closed around $25, still 17% down on the week. In other words, oil is joining every other US industry (including movie theaters) in seeking a bailout.

Texas, which along with New Mexico, hasn’t limited oil production since the 1970s, and is the home of the Permian Basin, America’s most productive oil field and the epicenter of the shale revolution which started 12 years ago and has made America into the world’s top oil producer, with roughly 13mmb/d in output. It has also become Saudi Arabia’s top global competitor.

Texas was a model for the Organization of the Petroleum Exporting Countries, which has sought to control world-wide oil prices in recent decades. OPEC effectively disintegrated last weekend when Saudi Arabia announced it would maximize output, boosting production to as much as 13mmb/d, unleashing panic among higher-cost OPEC oil producers.

It is unclear whether regulators will ultimately act to curtail production, but staffers are examining what would be required in such an event, the people said.