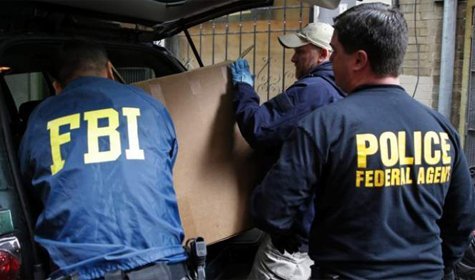 A newly released report by the Columbia Law School highlights a troubling practice by the U.S. Government of often manufacturing the alleged “terrorism threats” it purports to be fighting, in some cases even prodding mentally challenged dupes into bogus “plots” that authorities concocted in the first place.  In fact, almost every high-profile domestic terror case across America since the September 11 attacks featured the “direct involvement” of government agents or informants. In some cases, virtually the entire “terrorism” plot — from start to finish — was actually led and financed by government operatives.

Also alarming, are routine violations of constitutionally protected rights such as due process and fair treatment amid the never-ending and increasingly domestic-oriented terror war. From the use of “secret evidence” and anonymous juries to schemes that border on “entrapment,” the report suggests that U.S. terror policies are officially out of control. The authors of the report said the controversial tactics may even be putting national security at risk by diverting law enforcement and other resources from real threats.

The 214-page report, dubbed “Illusion of Justice: Human Rights Abuses in US Terrorism Prosecutions,” focused specifically on more than two dozen federal terror cases. As part of the probe, the non-profit Human Rights Watch and Columbia Law School’s Human Rights Institute examined all elements of the 27 cases, from initiation of the federal investigations to eventual sentencing and even the conditions of confinement after conviction. Their findings, unveiled last week, paint a troubling picture of the U.S. “terror” apparatus, its human-rights implications, and the direction in which it is all going.

Since the September 11, 2001, attacks on U.S. soil, there have been some 500 terrorism-related cases in federal courts. “This is a number that sounds really big, and it makes it sound like Americans are being kept safe from terrorism attacks,” explained Andrea Prasow, deputy Washington director for Human Rights Watch. “But we found that in a lot of these cases, people were prosecuted who never would have committed a terrorist attack in the first place, if it weren’t for the involvement of the FBI.”

“Americans have been told that their government is keeping them safe by preventing and prosecuting terrorism inside the U.S.,” continued Prasow, who also served as one of the authors of the new report. “But take a closer look and you realize that many of these people would never have committed a crime if not for law enforcement encouraging, pressuring, and sometimes paying them to commit terrorist acts.”

Of the terror-related cases prosecuted since 9/11, the plurality of convictions came from so-called “material support” charges, the report found. Those normally stem from offering any sort of assistance, which can even include advice, to a proscribed organization or individual. Among the more outrageous examples highlighted in the human-rights investigation and subsequent news reports was a man initially accused of providing “military gear” to al-Qaeda. It turned out to be waterproof socks in his luggage.

The federal government, on the other hand, defended U.S. policies in response to the accusations in the report. “The Department of Justice has been a steadfast ally of our nation’s civil rights groups for decades,” DOJ spokesman Marc Raimondi was quoted as saying by the Washington Post. “The report itself acknowledges that the legal process used in the cases it highlighted is not only lawful but is also specifically approved by federal judges…. We do not and cannot target individuals solely for engaging in activities protected by the First Amendment, which includes free speech and religion.”

Assistant Director Michael Kortan with the FBI Office of Public Affairs claimed the Bureau’s use of informants and undercover agents was legal, important to keeping America “safe,” and already subject to what he called “rigorous oversight.” He also denied suggestions in the new report that the federal government was deploying infiltrators into communities without any evidence of wrongdoing. “The FBI does not target individuals or groups on the basis of race, ethnicity or religion and engages in outreach with diverse communities to combat all criminal activity, including terrorism,” Kortan said.