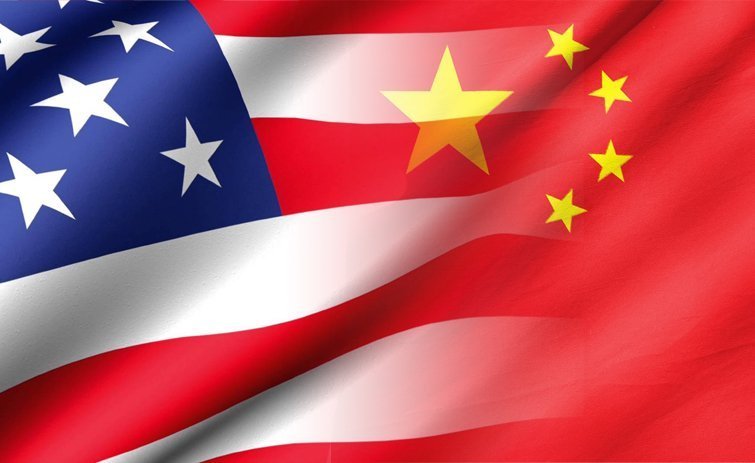 As predicted things are icier than ever by the end of day one of the Alaska summit in which for the first time in the Biden administration high-level in-person talks were held between China and the US, including Secretary of State Antony Blinken, China’s top diplomat, Yang Jiechi, as well as State Councilor Wang Yi. By the close tomorrow it promises to border on comic s***show levels given the public haranguing that’s already taken place.

US national security adviser Jake Sullivan reportedly began the talks by telling his Chinese counterparts that “We do not seek conflict, but we welcome stiff competition, and we will always stand up for our principles, for our people, and for our friends” — noting that on the agenda for the summit is China’s crackdowns in Xinjiang province, Hong Kong and Taiwan, as well as state-sponsored cyber attacks and “economic coercion” of allies. “Each of these actions threaten the rules-based order that maintains global stability,” Sullivan underscored. He added that the “alternative” is a winner-take-all world that would be inevitably more “violent and unstable”.

As many commentators have been pointing out given the increased obviousness, there’s no daylight whatsoever between Trump’s prior China policies so heavily criticized by the Democrats and the hard-line on Beijing now clearly being pursued by Biden. For example, Bloomberg writes, “Coming into the meeting, it was increasingly clear that despite Biden’s criticism of former President Donald Trump, he’s unlikely to make major changes to his predecessor’s hard-line approach to China. On human rights in Xinjiang , on Hong Kong’s and even on tariffs, Trump-era policies remain in place.”

Chinese Communist Party foreign affairs chief Yang Jiechi wasn’t impressed, going on an epic tirade filled with a litany of American “abuses” meant to answer every one of Washington’s recent criticisms of Beijing and then some. He ran with Blinken and Sullivan’s “human rights” theme and turned it around, seeking to call out Washington ‘hypocrisy’ on every point, even down to treatment of Black Americans (which presumably was Yang’s intended parallel to ethnic Uighurs).

Here’s a recap of his introductory remarks:

…Yang hit back, accusing the United States of using its military might and financial supremacy to pressure countries and of abusing national security to threaten the future of international trade.

He said Xinjiang, Hong Kong and Taiwan were all inseparable parts of Chinese territory and China firmly opposed US interference in its internal affairs.

Yang said it was necessary to abandon a “Cold War mentality,” and confrontation and added:

So there was at least a brief positive included by the end of his intro. Yang had further fired back at Washington’s charges that in reality “the US is the champion of cyberattacks”.

And as predicted it was the Biden administration’s last minute sanctions a mere hours before the Chinese delegation was due to touch down in Anchorage which ensured there would be sparks from the very start. Wednesday evening new sanctions were slapped on 24 Chinese and Hong Kong officials over the anti-democratic crackdown and election overhaul of last week. State Councilor Wang Yi had lashed out in remarks from Alaska saying the new sanctions are “not the way to welcome guests”.

Unfazed, Secretary of State Antony Blinken batted down the litany of Chinese counter-complaints, quipping that US-China talks “should be filled with lecture”. Yang, however, asserted that the United States “doesn’t speak to China from a position of strength” while also somewhat dramatically positing that it’s “impossible to strangle the Chinese people”.

Ultimately, no one expected too much to come out of these talks, with China’s ambassador to the United States Cui Tiankai earlier posting a statement to the web saying as much: “Naturally, we don’t expect one round of dialogue will resolve all the issues between China and the U.S. and we don’t hold overly high hopes,” according to the Chinese embassy in Washington’s website.

“My wish is that this can be a start and that the two sides can begin a dialogue process that is candid, constructive and realistic,” Cui said. “If we can achieve that, I think this exchange will be successful.”

But at this point on day-one… “constructive” is looking like it already went out the window.

This article appeared at ZeroHedge.com at:  https://www.zerohedge.com/geopolitical/dont-lecture-us-alaska-summit-opens-dueling-barbs-epic-anti-us-tirade