Decentralization Is The Solution To The Government Shutdown Problem 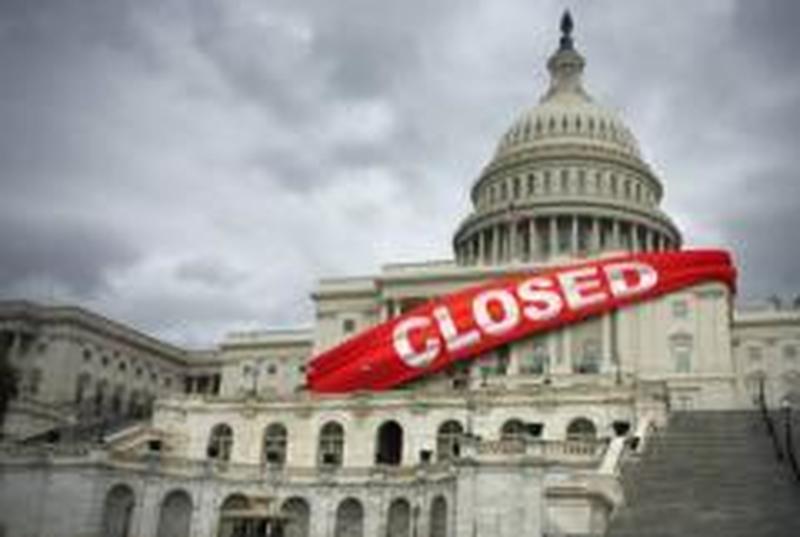 The partial shutdown with the federal government has helped, perhaps more than any other recent political event, to illustrate some of the biggest problems that come with centralizing an ever-larger number of government activities within a single, centralized institution.

Were the US government more decentralized, we’d not now be facing a nationwide systemic failure that has continued to cripple the private sector in many ways.

The federalization of resources and regulatory power over the past century has created a situation in which numerous industries depend on licensing and regulatory approval from federal regulators to function. And yet, thanks to the shutdown, these industries can do little when facing a federal government that imposes mandates, but won’t provide the agency “services” necessary to allow agencies to function under those mandates.

For example, As The Washington Post has reported , those areas where the federal government has a large regulatory footprint — such as Alaska — are at the mercy of politicians thousands of miles away.

Most (61 percent) of Alaska is government land managed by five different federal agencies, according to the congressional Research Service. The state’s main industries, including fishing, tourism and oil and gas, all depend on the day-to-day actions of federal workers and regulators.

The fisheries have so far avoided major disruption, despite a few close calls. Most boats are still getting by on licenses and inspections which occurred before the shutdown.

But time is running out. Major commercial boats are required to carry on-board observers to monitor their catch. But when they return from a trip, those observers must be debriefed by the National Marine Fisheries Service — and it’s not holding debriefings during the shutdown.

Alaska is an extreme example, but other states that also have sizable federal ownership of land (which includes most western US states) are also affected. Nationwide, states with coastal states that depend on the smooth-functioning of federal regulation of fisheries and natural resources affected as well.

And it doesn’t end with natural resources. With the Tax and Trade Bureau shut down , breweries can’t ship beer. That leaves an entire industry up in the air, and small craft brewers are affected the most. As the shutdown continues, more of these workers can expect their paychecks to eventually dry up due to a lack of revenue.

Meanwhile, the FTC, the SEC, and the FCC are all partially shut down .

Some anti-government activists might look at this and say, “great, we don’t need those agencies anyway!” But here’s the problem: although those agencies’ staff members may be staying home, that doesn’t mean the private sector is no longer subject to the mandates and regulations those agencies oversee. Private companies still must obtain all the usual licenses and regulatory approvals from federal agencies. It’s just that federal agencies are no longer available to make approvals or answer questions.

That’s hardly something to celebrate.

In short, all the usual federal roadblocks exist to stymie the private sector. Except now, there are even fewer ways to get around those roadblocks. What’s even worse is that this problem is nationwide.

Were these regulatory powers and agencies decentralized out of the hands of the federal government, of course, we wouldn’t be looking at a nationwide problem. Were a single state to experience a “shutdown” — something that is extremely rare at the state level, by the way — we wouldn’t now be facing a nationwide problem in which whole industries are facing crippling regulatory bottlenecks. Problems would be limited to single states. And those states that were prone to shutdowns or other regulatory bottlenecks would see an exodus of industry and capital.

Nor would we be facing a situation in which 800,000 federal employees — nationwide — are currently unpaid. This is a problem that has been made much larger in scope by the centralization of government power.

The Federal Government Has Too Many Issues on Its Plate

Another reason to decentralize is to end a situation in which government shutdowns are more likely due to the broad scope and complexity of the federal budget and federal responsibilities.

In the United States, the federal government’s prerogatives have expanded over the past century to include everything from old-age pensions, to highways, to health care regulation, to farming subsidies, and much more. This has all been added on top of the more traditional federal prerogatives of foreign policy. It’s only natural then that the likelihood of shutdowns would increase as the number of areas for political conflict increases.

After all, the current shutdown does not come out of only a dispute over of a border wall. It is a larger issue that stems from the fact that the Democrats want to use the wall’s potential funding for a myriad of other uses. And, the larger the federal government has grown, the possible targets for government spending has grown ever larger.

Moreover, even the issue of building border walls was not always a federal issue. Prior to the late nineteenth century, state governments were the governments that dealt with the issue of limiting migrants in-flows. Although some conservatives now create ornate legal arguments in attempts to prove immigration — a separate issue from naturalization — has always been a job of the federal government, the actual historical experience makes it clear the federalization of immigration policy is itself a later innovation.

So, we’re now left with a federal government where the president and the legislature can argue endlessly over every little thing under the sun. If it’s the federal government’s job to control and fund everything from cancer research to national parks, then it’s only matter of time until we endure a political impasse over one of the countless issues being discussed.

Nor is it just the scope of issues. The sheer size and scope of the United States is itself problematic. The US is so large, and culturally and demographically diverse, that significant disagreements over how federal prerogatives ought to be used are inevitable. A less fragile and more responsive system grows out of a decentralized political system that allows for diversity in policies that affect travel, education, poverty relief, and more. If education policy, for instance, is decided at the state level, then we can be sure we’ll never see a federal shutdown over funding of schools. It simply becomes a non-issue at the federal level.

The Solution Lies in Decentralization

The solution lies in removing from the federal government its authority over such a wide range of issues, and to allow diversity and localism in government. This naturally includes welfare programs, public lands, airport security, law enforcement, military land forces, immigration, and the regulatory state.

As it is, American governmental institutions — being so dependent on federal funding and regulatory oversight — are now fragile, bloated, unresponsive, and prone to political bottlenecks. We now see this at work.

The problems we now encounter with the shutdown ought to placed squarely at the feet of those who have called endless for ever greater levels of federal control over state and local communities, while centralizing both financial and regulatory power under within a single institution. Not everything needs to turn into a nationwide systemic problem when the federal government encounters a political impasse. We ought to take steps now to limit the damage the feds can do.

This article appeared at The Mises Wire at:  https://mises.org/wire/decentralization-solution-government-shutdown