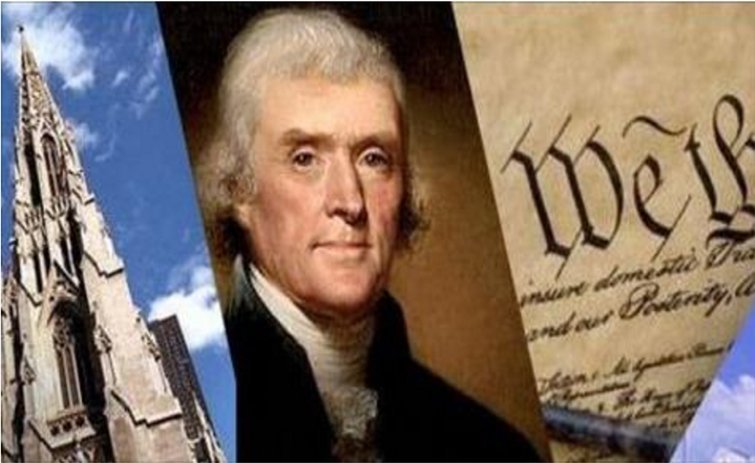 This case deals with the principle of Separation of Church and State and because America has been taught an errant understanding of this principle for so long, the supreme Court got this case right — but Trinity Lutheran got it all wrong.

Government cannot discriminate for or against churches

The supreme Court’s logic on Trinity Lutheran’s suit is nearly spot on — although their application of jurisdiction is misplaced. Laws cannot discriminate and deny one person or organization a benefit that is offered to the public solely because that person or organization is a minister or a church. Equal protection under the law demands the government can no more discriminate against a church than it can discriminate in favor of one. Missouri must treat all grant applicants equally.

The error is Trinity Lutheran seeking the very intrusion of government into its affairs. History proves this will destroy not only the liberties of their own church, but if the practice is adopted by other churches, will be the destruction of religious liberty.

Trinity should have considered the true meaning of separation of church and state before asking for government grant money.

The history behind “separation of church and state”

The U.S. Supreme Court in Reynolds v. U.S., took the phrase “separation of church and State” from a letter Thomas Jefferson, wrote to the Danbury Baptists in 1802. The Danbury Baptists were concerned with their new president’s dedication to the principle of no government interference in the governance of the church. The Danbury Baptists congratulated Jefferson on his election, then pressed Jefferson for assurance that his previous stand for religious liberty had not altered upon gaining office.

Jefferson responded in 1802 with a very humble and somber promise:

“Believing with you that religion is a matter which lies solely between man and his God; that he owes account to none other for his faith or his worship; that the legislative powers of the government reach actions only, and not opinions, I contemplate with sovereign reverence that act of the whole American people which declared that their legislature should ‘make no law respecting an establishment of religion or prohibiting the free exercise thereof,’ thus building a wall of separation between church and State.”

Prior to his election, Jefferson, along with James Madison, took a very strong stand against a piece of legislation titled, “A Bill Establishing A Provision for Teachers of the Christian Religion.” This bill was to collect a property tax from the people to pay teachers to teach the Christian Religion. Jefferson was vehemently opposed to this legislation, calling it “sinful and tyrannical.”

Jefferson’s assessment of this bill was rooted in more than 700 years of history and experience that shows that government should not take public funds to support religious practice and teaching.   Jefferson knew that if the government was supplying funds to the church, it would result in the tyranny of government over the free conscience of the people. A church funded by government is a church ruled by government.

The Danbury Baptists shared this historical understanding with Jefferson, also opposing this piece of legislation. They remarked, “…should the legislature assume the right of taxing the people for the support of the gospel it will be destructive to religious liberty… those whom the (government) employs in its Service, it has a right to regulate and dictate to; it may judge and determine who shall preach; when and where they shall preach.”

When tax dollars fund the operation of a church, the church is then subject to government regulations and its demands as a consequence of taking public funds. The result, for centuries, has always been detrimental to church autonomy and to religious liberty. Contrary to modern belief, Separation of Church and State is not a protection or a weapon for government, it is a protection for the freedom and autonomy of the church.

Ironically, Trinity Lutheran has just sued the State of Missouri for the opportunity to be regulated and dictated to by the State. Trinity’s win in the Supreme Court is actually a loss of liberty for the congregation of that church. If other churches take this precedent into action, history will be ignored and government will gradually gain rule over the church and become an evil and oppressive government once again.

The text of our 1st Amendment and the clauses that mirror these principles in State Constitutions are the product of this history. Government influencing the church has always led to horrific events that history rarely wants to admit: laws requiring permits to teach, inquisitions, torture, and executions based upon government’s control of the church are the history of the struggle for religious liberty.

These prohibitions were put into place on the national and State levels to protect the liberty of the church, not to protect the integrity of government. There is a greater duty for the church to keep government out of its business than there is for the court to keep church and government separated.

Government money always comes with government regulations. Churches should learn to trust God for their needs instead of running to government to become their provider, which will lead to it becoming ultimately their ruler. Trinity was wrong to ever ask for that money and they have established a precedent, that if copied by other churches ignorant of their duty, will result in Jefferson’s fear:

“…to suffer the civil magistrate to intrude his powers into the field of opinion and to restrain the profession or propagation of principles on supposition of their ill tendency is a dangerous falacy (sic) at once destroys all religious liberty…” Thomas Jefferson, A Bill for Establishing Religious Freedom, 18 June 1779

For a deeper understanding of Separation of Church and State in Context, please read KrisAnne Hall’s article here.

KrisAnne Hall is a former biochemist, Russian linguist for the US Army, and former prosecutor for the State of Florida. KrisAnne also practiced First Amendment Law for a prominent Florida non-profit Law firm. KrisAnne now travels the country teaching the foundational principles of Liberty and our Constitutional Republic. KrisAnne is the author of 6 books on the Constitution and Bill of Rights, she also has an internationally popular radio and television show and her books and classes have been featured on C-SPAN TV. KrisAnne can be found at www.KrisAnneHall.com