Sources familiar with the Phase 1 trade deal told Reuters China has agreed to purchase $80 billion of additional manufactured goods from the U.S. over the next 24 months, as part of the “Phase 1” trade deal that’s expected to be signed on Wednesday.

China is preparing to buy $50 billion more in energy products and increase purchases of U.S. services by $35 billion over the next several years, a source told Reuters.

Meanwhile, China will increase purchases of U.S. farm goods by $32 billion over 24 months, or by about $16 billion per year. When added to the $24 billion export baseline pre-trade war in 2017, the new total is around $40 billion in annual agricultural purchases.

President Trump will sign the Phase 1 agreement with Chinese Vice Premier Liu He, as President Xi Jinping opted not to attend the signing event. 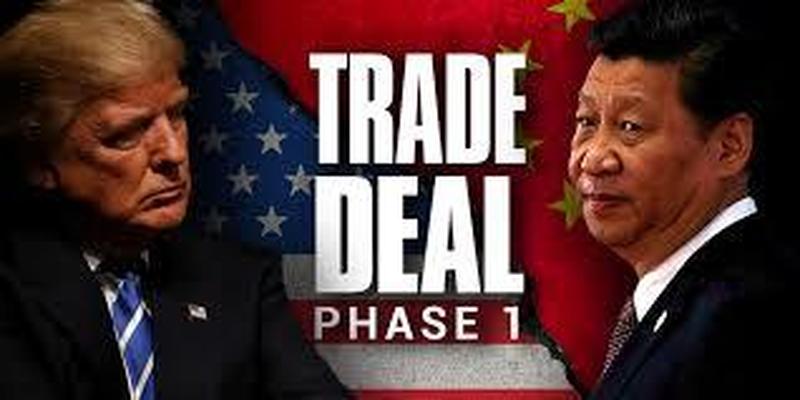 U.S. Trade Representative Robert Lighthizer, on Monday, said the Phase 1 agreement is a “huge step forward” for US-China relations and “a really, really good deal for the United States.”

“We expect them to live up to the letter of the law. We’ll bring cases, we’ll bring actions against them if they don’t,” Lighthizer said.

However, analysts and traders who spoke with Reuters had doubts that China could boost agricultural, auto, and energy purchases to such levels.

President Trump has tweeted about the Phase 1 trade deal on several occasions, as it serves as an optically pleasing deal for his reelection. There are concerns about whether the agreement will be implemented in full and how to enforce China.

Reuters said, “the source providing the purchase figures expressed skepticism about manufactured goods pledges by Beijing since the U.S.-China trade deal does not address any of the non-tariff barriers that have kept these U.S. goods out of the Chinese market for decades, including procurement rules, product standards and subsidies to Chinese state-owned firms.”

There was even more skepticism when it came to China, buying more U.S. automobiles and parts. This is because China’s auto industry has gone bust with demand plunging and oversupply conditions persisting into 2020, as we noted earlier.

And what’s even more concerning is that the full details of the agreement won’t be released this week, according to the South China Morning Post and Politico.

Top Trump administration officials have repeatedly said that the text of the trade deal will be released on Wednesday, but as of Tuesday morning, that might not be the case.

The administration isn’t legally required to publish the full text because it was an executive agreement, said Derek Scissors, a resident scholar at the American Enterprise Institute.

“Just because the U.S. is happy with the translation doesn’t mean we get to see everything,” he said.

China would also hesitate to sign a deal that admits wrongdoing.

“The Chinese are never going to admit in their version that they engage in coercive technology transfer,” Scissors said. “Is the Chinese version of things going to be very different from the U.S. version?”

While the U.S. may not release full details of the Phase 1 agreement this week, despite the repeated claims that they would, economists and experts have said the demands by the Trump administration for China are too aggressive and unrealistic.

But that might just be the point, after all. Most of what we’ve learned about the Phase 1 deal would suggest that this is merely a stopgap – an agreement with little substance that will help Trump through 2020.

Then the real tough negotiations will begin if he wins a second term.

This article appeared at ZeroHedge.com at:  https://www.zerohedge.com/markets/china-increase-us-aircraft-car-energy-purchases-trade-deal-sources-say