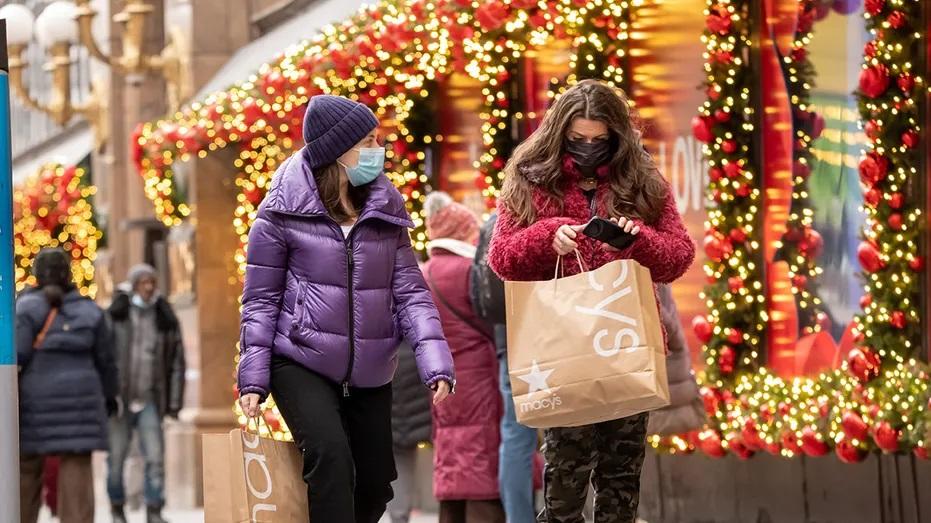 The good news: Black Friday retail traffic was up 47.5% over last year. The bad news: It was still 28.3% lower vs. 2019 levels, according to CNBC, citing preliminary data from Sensormatic Solutions.

“It’s clear shoppers are shopping earlier this season, just as they did last season,” according to Sensormatic senior director of global retail consulting, Brian Field, who added that two primary reasons shoppers are concerned about the supply chain and Covid.

The peak time for Black Friday shopping in stores was 1 p.m. to 3 p.m., similar to trends in past years, Sensormatic said. Black Friday is still predicted to be the busiest in-store shopping day of the season, according to Sensormatic.

On Thanksgiving day, visits to brick-and-mortar stores cratered 90.4% from 2019 levels, Sensormatic found. Retailers including Target, Walmart and Best Buy opted to keep their doors closed to customers on the holiday. Target has said it will be a permanent shift. -CNBC

According to Field, shopping picked up the most in the Southern US, followed by the Midwest, West and Northeast.

“If you start seeing outbreaks in the U.S., the thing that I think would drive [traffic down] would be if governments and communities start locking down again,” he said. “Otherwise, I think the trends will be very similar to what we expect them to be.”

Online spending fell from 2020 levels, meanwhile, with e-retailers ringing up $8.9 billion in Black Friday sales – down from $9 billion last year, according to Adobe Analytics, which noted that this is the first year that growth reversed from the prior year as long as records have been kept. The company analyzes over 100 million items in 18 product categories spanning 1 trillion visits to US retail sites.

Thanksgiving day online sales were flat from one year ago at $5.1billion, according to Adobe.

The numbers provide even greater evidence that the holiday season has been stretched out as more Americans began their shopping as early as October. Retailers have been spreading out their promotional offers, too. According to a survey from the National Retail Federation, the retail industry’s leading trade group, 61% of consumers had already started purchasing holiday gifts before Thanksgiving. -CNBC

“Shoppers are being strategic in their gift shopping, buying much earlier in the season and being flexible about when they shop to make sure they get the best deals,” said Adobe lead analyst, Vivek Pandya.

The company forecasts Cyber Monday sales to be between $10.2 billion and $11.3 billion.

This article appeared at ZeroHedge.com at:  https://www.zerohedge.com/economics/black-friday-shopping-down-28-over-2019-levels-despite-improvement-over-last-year