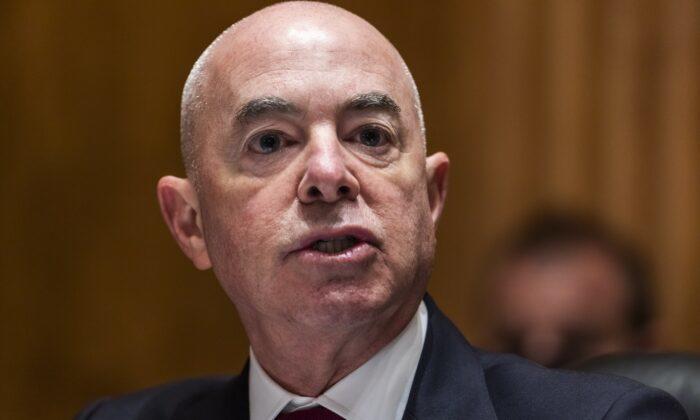 After losing an appeal to preserve the Obama-era Deferred Action for Childhood Arrivals (DACA) program, the Biden administration announced on Monday that it will simply create a new rule to circumvent the legal ruling.

“The Biden-Harris Administration continues to take action to protect Dreamers and recognize their contributions to this country,” said Homeland Security Secretary Alejandro Mayorkas in a statement, per The Hill.

“This notice of proposed rulemaking is an important step to achieve that goal. However, only Congress can provide permanent protection,” Mayorkas added. “I support the inclusion of immigration reform in the reconciliation bill and urge Congress to act swiftly to provide Dreamers the legal status they need and deserve.”

In July, a federal district judge ruled that the 2012 DACA program violated the Administrative Procedures Act. The ruling left intact DACA benefits for some 600,000 people – but blocked future applications. The Biden administration appealed the decision and lost.

The fate of Dreamers has been in limbo for years. Former President Trump sought to terminate the DACA policy in 2017, but it remained hung up in the courts after it was ruled the administration did not properly move to do so. President Biden signed an executive order upon taking office to strengthen the program, but officials have acknowledged Congress must enact a permanent fix.

Those efforts took a hit this month when the Senate’s parliamentarian, Elizabeth MacDonough, ruled against Democrats’ plan to provide 8 million green cards as part of their $3.5 trillion spending bill, dealing a significant blow to the party’s immigration reform chances. -The Hill

That’s not how any of this is supposed to work.

This article appeared at ZeroHedge.com at:  https://www.zerohedge.com/political/biden-admin-loses-daca-appeal-texas-so-theyre-just-making-new-rule