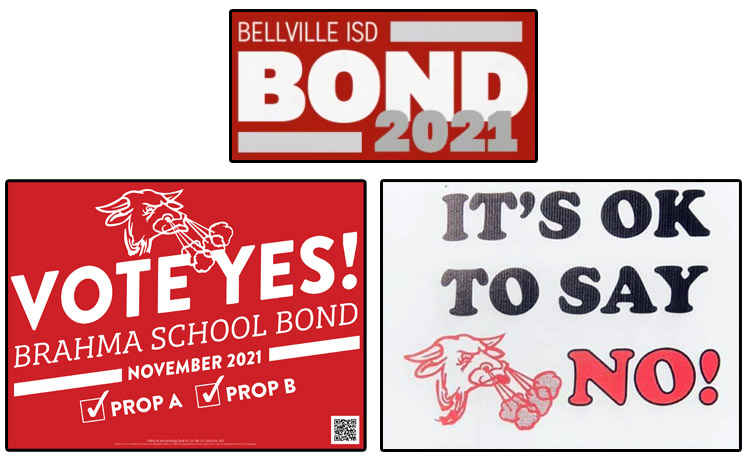 The Bellville ISD Bond was soundly defeated in yesterday’s election.  Both Prop A and Prop B saw defeat in both early voting and election day turnout. However, if the results showed anything, it was that Prop B was the more disliked of the two being defeated by an almost 3 to 1 ratio.  Early voting was heavy with over half of the total being cast before the November 2 election day.  According to voting demographics, this election also clearly favored an much older crowd.

Prop A lost by almost 2 to 1 ratio with:

Prop B lost by almost 3 to 1 ratio with:

For those who don’t know, Prop A was the $104.6M part for the construction of a new high school which included spaces for programs, including industry-based programs, ag, athletics & collaborative learning.  Prop B was for $7.8M and was for the construction of a sports complex at the new high school site designed for baseball, softball, and tennis with restrooms and concessions.  You can read our original coverage of the bond HERE.

Here are the election totals: