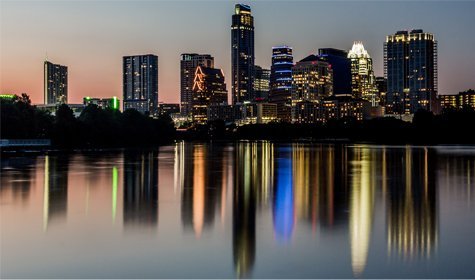 Raising the stakes on an issue drawing attention in cities across the state, the city of Austin sued the state of Texas on Monday, saying it enforces an unfair property appraisal system that creates “an imbalance in the tax burdens between residential and commercial property owners.”

The lawsuit, stemming from a petition the city filed in June with the Travis Central Appraisal District, contends that the appraised values of billions of dollars in commercial and vacant land do not match market prices, a violation of the state Constitution’s requirements that all property be taxed “in proportion to its value” and in an “equal and uniform” manner.

“I think this is a historic day,” said Austin Mayor Steve Adler. “There are a lot of people that are hoping that this process will give an airing to a lot of issues that revolve around the property tax system.”

Critics have argued that the appraisal system has become increasingly stacked against homeowners over the last 20 years by rules that make it easier for commercial and industrial property owners to win large reductions in their values via a process known as equity appeals. Those appeals have shifted the tax burden toward homeowners over time, Austin officials argue.

The lawsuit suggests that requiring the disclosure of sales prices of real estate transactions would go a long way toward addressing the problem. Texas is one of a handful of states that do not require such disclosures for appraisal purposes.

“The lack of sales disclosures has made it nearly impossible for appraisal districts to comply with their statutory and constitutional duty to assess all properties at market value so that taxation is equal and uniform,” the lawsuit states.

Though the Travis Central Appraisal District is named as one defendant in the suit, the target is clearly those in state government. To drive home that point, the district’s Chief Appraiser, Marya Crigler, appeared alongside Adler and other city leaders at a morning news conference.

State Comptroller Glenn Hegar is also listed as a defendant. The comptroller’s office had not yet seen the lawsuit Monday afternoon and does not normally comment on ongoing litigation, spokesman Chris Bryan said.

Texas’ property tax rates for residential property owners are among the highest in the nation,according to the Tax Foundation, a nonpartisan think tank. Property taxes make up about half of state and local tax revenue in Texas and are the only source of tax revenue for school districts, according to the state’s Legislative Budget Board.

For school districts in particular, a loss of property tax revenue can often lead to the state picking up the difference under funding formulas. A sampling of six appraisal districts by the Legislative Budget Board found that the loss of appraised value from equity appeals increased the state’s obligation to school funding by about $75 million per year, according to a January report.

Dick Lavine, chairman of the Travis appraisal district’s board of directors and a supporter of the lawsuit, compared the Austin suit to the school finance lawsuit headed to the Texas Supreme Court next month. Both seek court orders forcing the Legislature to tackle what critics view as inequities in the system.

“It’s really an attempt to have certain sections of the tax code declared unconstitutional,” said Lavine, who is also a senior fiscal analyst for the Center for Public Policy Priorities.

The Texas Association of Realtors has long been a leading critic of mandatory disclosure of sales prices, predicting that it would lead to lawmakers using that information to tax real estate transactions. Association Legislative Affairs Director Daniel Gonzalez declined to comment directly on the suit Monday afternoon because he hadn’t yet read it, but noted that appraisal districts already have a wide range of sales information available to them from various private sources.

He also argued that some appraisal districts would not be equipped to handle the “complicated data” that separates sales prices from property values. He offered the hypothetical of an investor spending $20 million to buy a Hyatt hotel. How much of that purchase price is tied to intangibles such as the value of a brand?

“That is goodwill that is currently not taxable under our current system,” Gonzalez said.

Lavine countered that appraisal districts could factor such issues into their analysis.

“What you start with is a sales price and then you factor out intangibles,” Lavine said. “Without a sales price, you have no place to start. You’re going into the process blindfolded.”

In an email to supporters, the business-backed Texas Taxpayers & Research Association disputed the lawsuit’s assertion that business properties are under taxed. The organization also noted that the city’s ideas for reform have been rejected by the Legislature.

“Having failed to achieve their objectives in the court of public policy, the city now seeks to do so by judicial fiat,” the group wrote.

Adler said he was optimistic that other cities would join the lawsuit, either formally or informally.

“I think Austin is one of the best cities to make this challenge because we are a creative and innovative city and because fairness and equity is one of our cities core principles,” Adler said. “As best as I can tell everybody I’ve talked to at every level of government and community wants the system to be fair.”

This article by Aman Batheja originally appeared at The Texas Tribune at:  http://www.texastribune.org/2015/08/24/austin-sues-texas-over-unequal-appraisal-system/