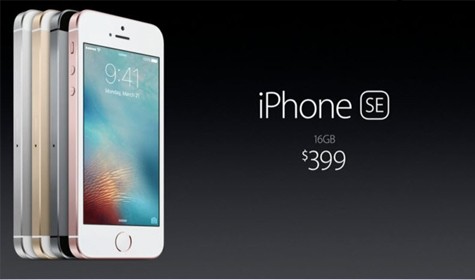 Has Apple reached peak innovation? What do you call an iPhone 5S with some upgraded internals but costs twice as much? Simple. Meet the iPhone SE (Suckers’ Edition?)

The new iPhone may be nothing more than a rebranded three year old 5S (now in rose gold), but, according to ‘Twitter’ it has all these “must have” features:

The cost: $399 for 16GB . But the real bet is that Apple’s clients are all idiots who don’t know how to do a google search and find effectively the same product for $199 at WalMart.

But there’s one more thing…

They slashed the price of the Apple Watch (because it must be selling so well?)

It appears Apple’s shareholders were hoping for more…

This article appeared at ZeroHedge.com at: http://www.zerohedge.com/news/2016-03-21/apple-rebrands-iphone-5s-offers-it-double-price-unveils-nylon-wrist-band