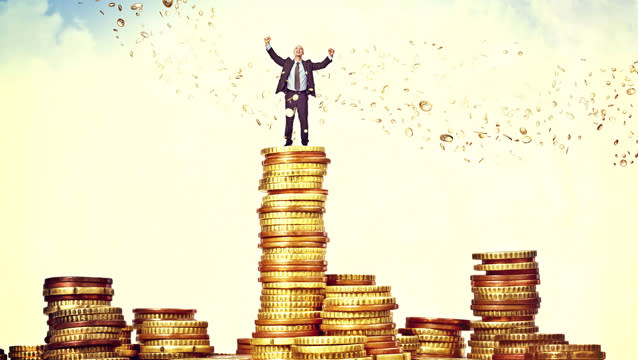 On July 1, many wrote lengthy articles, pointing out that the longest US economic expansion in history is now a fact. 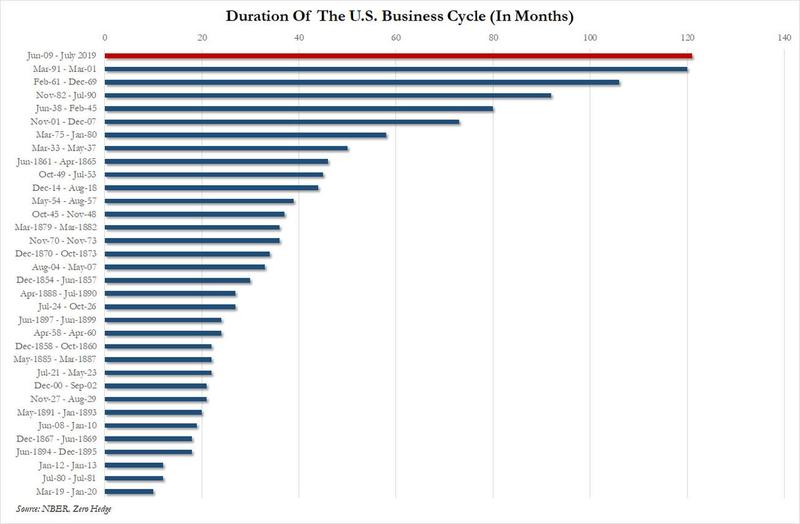 Sadly, when peeling back the layers of the onion, the reality is far less euphoric, and as Reuters writes today, this historic expansion – mostly of asset prices – achieved just one thing: it made the rich richer while crushing the middle class, with Reuters  reporting that the number of billionaires in the United States has more than doubled in the last decade, from 267 in 2008 to 607 last year.

John Mathews, Head of Private Wealth Management and Ultra High Net Worth at UBS said: “The rich have gotten richer and they’ve gotten richer faster. The drive or the desire for consumption has just gone upscale.”

At the same time, the signs of struggle and stagnation for lower income levels have also been presenting themselves. The wealthiest 20% of Americans hold 88% of the country’s wealth, a share that has grown since before the crisis. On the other end of the spectrum, “the number of people receiving federal food stamps tops 39 million, below the peak in 2013 but still up 40% from 2008 even though the country’s population has only grown about 8%” as the middle class was crushed and as millions dropped out, and down, into the lower class.

Regardless, 10 years ago, this kind of growth wasn’t thought possible. The financial system was teetering on the brink of disaster and people feared that bank failures could permanently undermine capitalism. But now, it looks as though many of the signs of the wealth that proceeded the financial crisis are again presenting themselves. 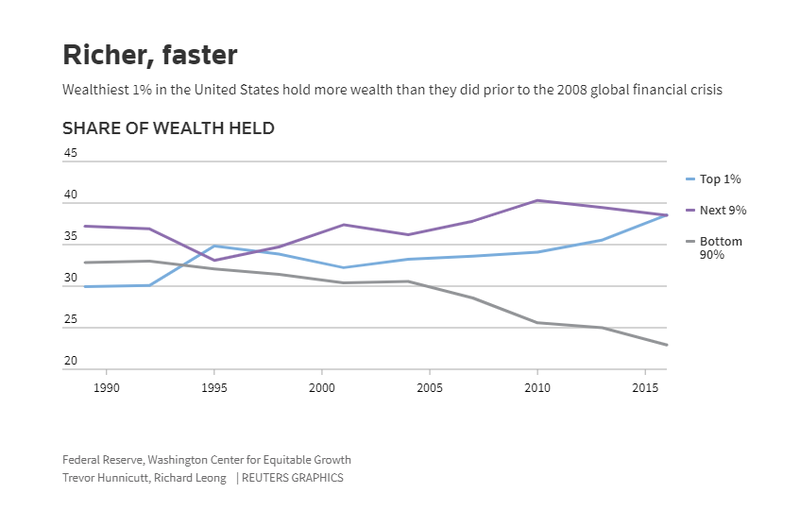 The report laid out a couple of examples of the wealth effect:

However, rents in places like New York have risen more than twice as fast as wages, which puts pressure on lower income residents. And the amount of people sleeping in New York’s shelters is 70% higher than it was 10 years ago, as the ranks of the homeless soar.

Carolyn Valli, CEO at Central Berkshire Habitat For Humanity, in Pittsfield, Massachusetts said: “Under-resourced areas are not getting any better; the housing opportunity for them is not getting any better. High healthcare costs and a lack of large employers mean fewer jobs in some areas. Food, utilities and housing costs, meanwhile, remain high. It doesn’t feel like a boom yet.”

The widening inequality gap continues to be a popular topic among Democratic presidential hopefuls as policymakers are starting to believe that the expansion could be on the precipice of slowing down. Many worry that as rates start to tick up and the US continues its trade war with China that a fragile lower income citizen could be put into an even more precarious financial situation.

But naturally, this didn’t stop Federal Reserve Chairman Jerome Powell from recently stating: “The benefits of this long recovery are now reaching these communities to a degree that has not been felt for many years. Many people who in the past struggled to stay in the workforce are now getting an opportunity to add new and better chapters to their life stories. All of this underscores how important it is to sustain this expansion.” 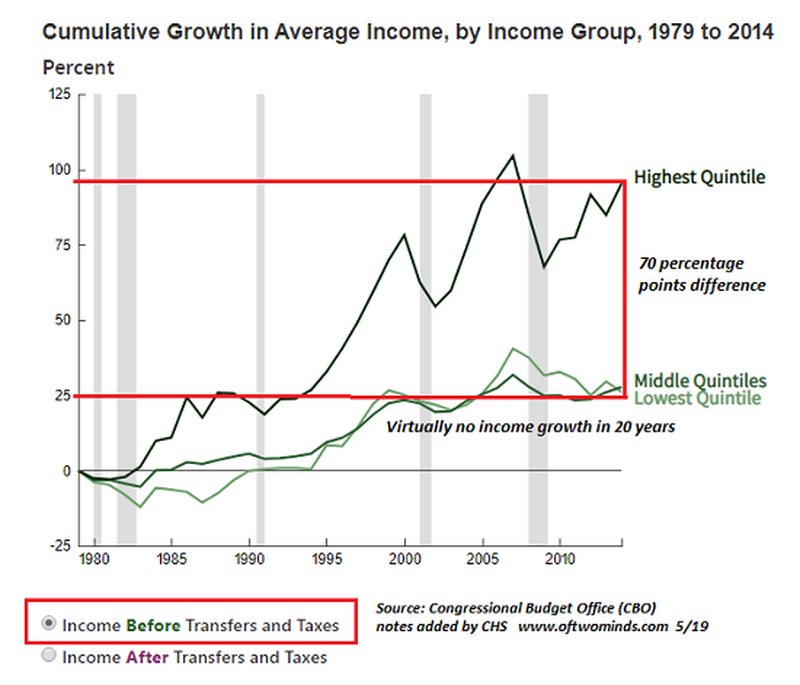 We’re guessing Powell didn’t read our recent article about income inequality and the decline of the middle class. It includes these two charts that are so simple, even a Fed chair could understand them. 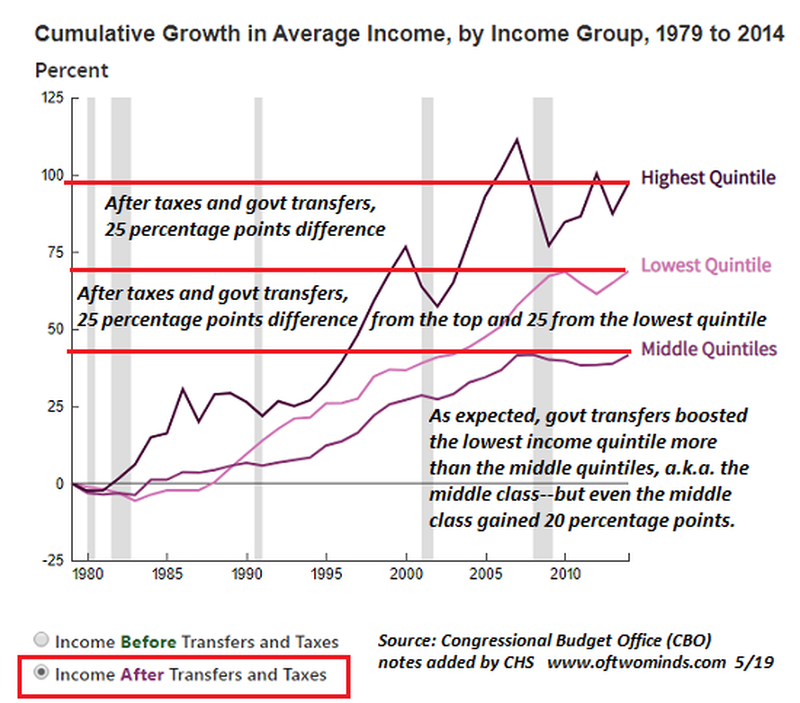 This article appeared at ZeroHedge.com at:  https://www.zerohedge.com/news/2019-07-02/americas-record-long-expansion-was-just-rich-getting-richer-middle-class-died