Will We Soon Have Our Own Personal Translator? [VIDEO] 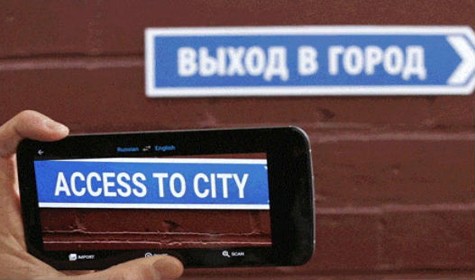 An update to Google’s smartphone app is going to make understanding other languages MUCH easier.  Wednesday, Google launched an update to its translate  which allowed users to instantly translate messages using their phone’s camera.

“For basic things, it might be very useful. My mother, for example, does not speak any other languages, but loves travelling, so she could find her way around a town.  But it is never going to pick up the nuances, the cultural references or the humour,” said Ariane Bogain, a senior lecturer in modern foreign languages at the University of Northumbria.

It said the feature was available for English to and from:

Google said users could also “tap the mic to get into voice translation mode, tap the mic again, and the Google Translate app will automatically recognize which of the two languages are being spoken, letting you have a more fluid conversation”.

The company said the update took people “one step closer to turning [their smartphone] into a universal translator and to a world where language is no longer a barrier”.

However, Mashable tried the new verbal translator with mixed success and titled their video, “Google Translate review: It ain’t there yet”.