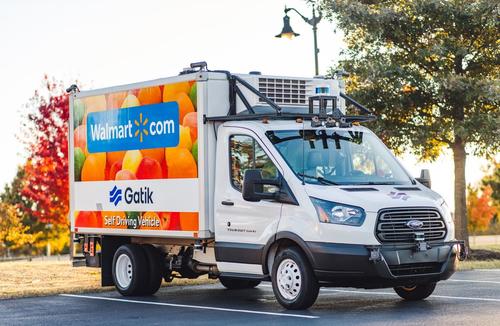 Walmart is set to expand its autonomous vehicle program with Gatik, a Palo Alto-based technology company, to make deliveries between New Orleans and Metairie, Louisiana, in 2021, according to a Walmart corporate update.

Walmart’s autonomous vehicle program began last year when it started picking up customers’ orders on a two-mile route between a warehouse and store in Bentonville, Arkansas.

The autonomous vehicles have safely recorded more than 70,000 operational miles in autonomous mode with a safety driver.

With much success over the last year, Walmart is set to expand its fully autonomous trucks at a second location in Louisiana. These trucks will begin delivering items from a “live” Walmart Supercenter to a designated pickup location where customers can retrieve their orders.

The new route, stretching between New Orleans and Metairie, Louisiana, will begin sometime in 2021.

“Our trials with Gatik are just two of many use cases we’re testing with autonomous vehicles, and we’re excited to continue learning how we might incorporate them in a delivery ecosystem,” said Tom Ward, Walmart’s senior VP of customer product.

“This unlocks the opportunity for customers who live further away from our store in New Orleans to benefit from the convenience and ease of Walmart’s pickup service, Ward said.

Walmart’s quest to automate the last-mile has also led the company to even pilot test drones.

However, there’s a dark side to America’s largest retailer quickly adopting automation; that is, it will displace jobs.

This article appeared at ZeroHedge.com at:  https://www.zerohedge.com/technology/walmart-expand-autonomous-box-truck-deliveries-louisiana