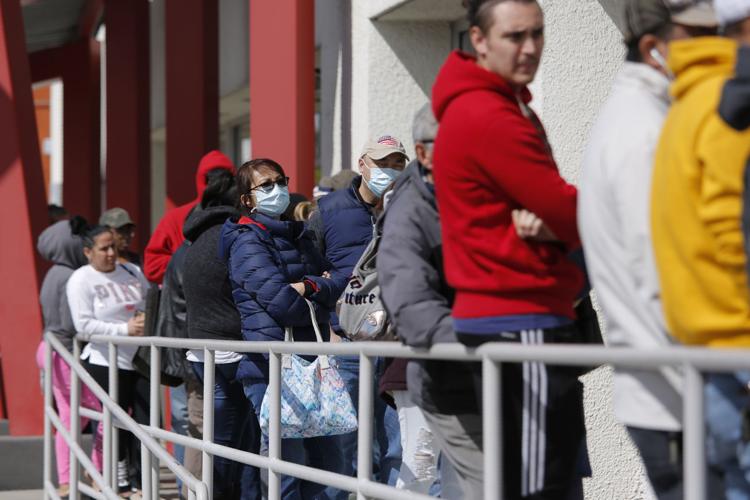 More than 40 million Americans have filed unemployment claims since mid-March, when state governments across the U.S. began restrictions to slow the spread of COVID-19, including closing businesses deemed nonessential.

California once again led the nation in the number of new claims with 212,343 last week.

Virginia had the biggest spike in claims with a 31 percent jump, and Washington state had the steepest drop with a 61 percent decline.

An economic adviser to the Trump administration has predicted that the nation’s unemployment rate will top 20 percent when numbers are released June 5, according to Politico.

At least nine state unemployment trust funds have already applied to borrow money from the U.S. Treasury to backfill their unemployment funds.

States are gradually restarting their economies by letting some businesses – from gyms, retail shops and restaurants to hair and nail salons – reopen with some restrictions, meaning some workers who previously filed unemployment claims during the COVID-19 restrictions are returning to their jobs.

But whether the U.S. economy will rebound quickly once restrictions are fully lifted remains to be seen.

“The U.S. unemployment crisis will not stand in the way of a near-term economic recovery but is also unlikely to go away quickly,” Goldman Sachs wrote Tuesday. “Although the uncertainty is unusually large, we still see the U.S. unemployment rate around 8% in late 2021, well above the levels in most other advanced economies.”

This article was reprinted with permission from watchdog.org and The Center Square.  The original author was Dan McCaleb who can be contacted at dmccaleb@watchdog.org. The original article appears here.