Texas Picklers Get A Victory From the Legislature

In a victory for home cooks across Texas, the Legislature has expanded the state’s definition of the word “pickle,” allowing for pickled beets, carrots and other produce to be easily sold at farmers’ markets alongside pickled cucumbers.

The legislation, pushed by state Sen. Lois Kolkhorst, R-Brenham, and state Rep. Eddie Rodriguez, was passed by the House Tuesday and given final approval by the Senate Thursday. It still needs a signature from Republican Gov. Greg Abbott before becoming law.

Judith McGeary, head of the Farm and Ranch Freedom Alliance, said her group is excited to see the measure advance and that it would broaden “options for the farmers and the consumers who are looking for healthy, locally-made foods.” Texas has been among the more restrictive states in allowing foods to be sold at markets, she said.

Texans have been able to hawk pickled cucumbers in local venues since 2013, when Rodriguez, an Austin Democrat, authored a law that let cooks sell certain goods without first becoming licensed food manufacturers. But an unexpected rule authored by the state’s Department of State Health Services has barred home chefs from selling any other kind of pickled produce without first installing a commercial kitchen, taking a course, and obtaining a special license.

“Only pickled cucumbers are allowed,” an FAQ section on the agency’s website specifies. “All other pickled vegetables are prohibited.”

The rule was drafted to implement the new law, and a department spokesperson told the Texas Tribune last May that the agency did not receive objections to the pickle definition. The spokesperson declined to comment Tuesday. 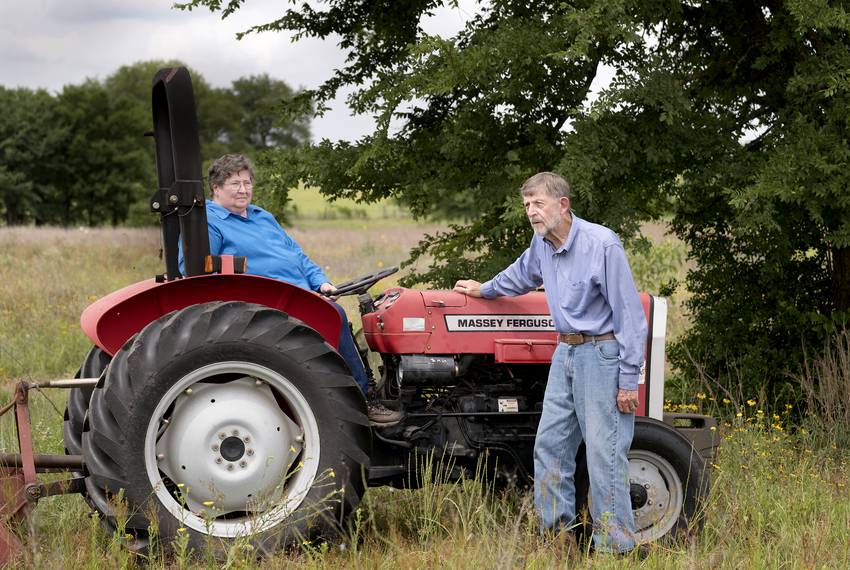 Jim and Anita McHaney on their farm in 2018.

The plight of Texas’ home picklers was first publicized last year by Jim and Anita McHaney, retirees living in Hearne, who filed a lawsuit saying the exclusion of other pickled produce from the definition was infringing on their economic liberty.

The McHaneys had hoped to supplement their retirement savings by selling fresh and pickled produce they grew at local farmers’ markets. Though they struggled with cucumbers, their plot of farm land proved particularly conducive to growing beets and carrots, which they sold by the bushel.

Pickling them would create a “value-added” product, the McHaneys said, that could extend the produce’s shelf life and be sold regardless of the season.

But they were shocked to discover the number of hurdles that stood in their way.

Laws authored by Kolkhorst and Rodriguez had already made it easier for home cooks to peddle their goods at local markets, by exempting them from regulations that some consider onerous. An old rule that small-batch bakers have a commercial kitchen, for example, was jettisoned in 2011. The exemption was extended to a host of other foods in 2013, including fruit butters, popcorn and pickles — though the State Health Services department took that to mean pickled cucumbers only.

At a hearing and in an interview this year, Kolkhorst explained there had been a “glitch” in the rules that lawmakers now had to go back and clarify. While the agency wants to ensure there are not “food borne illnesses that can lead to potential deaths,” she said “pickled vegetables are right there with pickled cucumbers.” 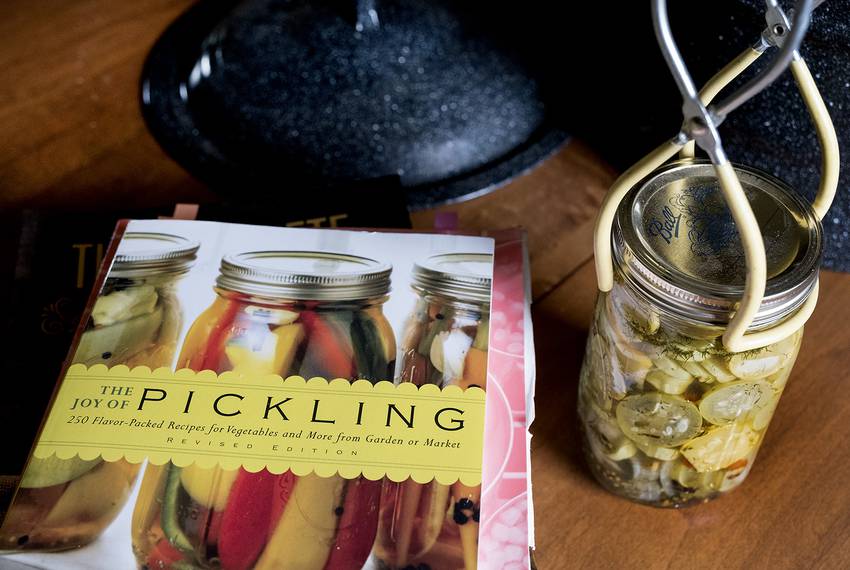 A book and pickles on the McHaney’s kitchen table in 2018. Photo by Laura Skelding for The Texas Tribune

“It’s very interesting that we’re splitting hairs on this and parsing words,” she said, at an April hearing.

The McHaneys had toiled on their farm for years, writing to bureaucrats and state workers, trying in vain to understand why the word “pickle” had been defined so narrowly. By 2016, they realized their operation couldn’t be profitable without the revenue from pickled produce. They shuttered their farm, fed the excess beets to a neighbor’s cows, and soon filed a lawsuit against the State Health Services department.

When the Legislature reconvened in January, the couple made regular pilgrimages down to the Austin Capitol to plead their case, loading their car with fliers about home-pickling, CDs crammed with research and, once, even a jar of “contraband” relish they said they gifted to state Rep. Kyle Kacal, R-College Station.

Kolkhorst and Rodriguez were among the first lawmakers who filed bills to address the McHaneys’ concern.

“We want to make it as easy as possible for people with these small entrepreneurial businesses to be able to make a product or grow vegetables or bake their goods and then take it to a farmers’ markets,” Kolkhorst said.

Lawmakers in both chambers, and from both major political parties, later joined them in the legislative fight to broaden the pickle definition.

“To be honest, when I ran for office, I never envisioned carrying a pickle bill,” state Rep. Gary VanDeaver, a New Boston Republican, said at an April hearing.

But he told the Tribune in an interview that “we don’t like to regulate people” in Texas. “I just see this as being needless regulation,” said VanDeaver, whose grandparents sold pickled okra and cucumbers, he said.

Rodriguez also called the bill’s advancement a “big victory” and said that food and helping small business are not partisan issues in the Legislature. The measure allows home cooks to market and sell their products over the Internet, and it expands the goods they can sell to include frozen uncut produce and other fermented vegetable products, like relish.

As for the McHaneys, the couple said they were “delighted” by the prospect of the “preposterous ‘pickle’ rule” being erased.

The legislation’s passage, they said, would increase the “economic liberty and food freedom for many Texas families.”

This article was written by SHANNON NAJMABADI of The Texas Tribune.  The Texas Tribune is a nonpartisan, nonprofit media organization that informs Texans — and engages with them – about public policy, politics, government and statewide issues.  This article originally appeared at:  https://www.texastribune.org/2019/05/23/texas-pickles-legislature/