“Sound Mind” Requirement for Executing a Will 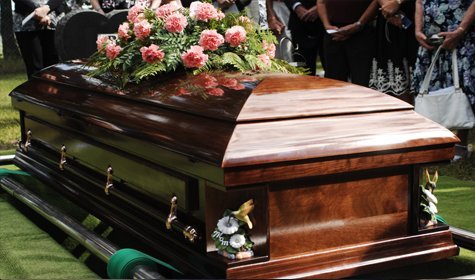 A couple of months ago, a Beamont Court of Appeals case illustrated the importance of ensuring that a person has the mental capacity required to validly execute a will.  The case did a good job of outlining the applicable law as well as discussing some of the facts upon which a jury determines capacity.  [Read full opinion here.]

Marie Forward died on November 24, 2008 at the age of 96.  Upon her death, her son, Robert, admitted a will executed in November 2002 to probate.  Marie’s 2002 will left her entire estate to Robert.  Shortly thereafter, Marie’s daughter, Beatrice, sought to admit a will signed by Marie in October 2008 to probate.  Marie’s 2008 will left all of her estate to Beatrice.  Robert filed objection to the will submitted by Beatrice, arguing that Marie was not of sound mind and lacked testamentary capacity at the time the 2008 will was signed.

The case was tried to a jury, who found that Marie lacked testamentary capacity to sign the 2008 will.  The court rejected Beatrice’s request to submit the 2008 will to probate.  Beatrice appealed the jury’s verdict.

The following evidence was introduced before the jury at trial with regards to the issue of testamentary capacity.  Marie was estranged from Beatrice for several years.  Marie and her husband had been forced to pay several loans upon which they co-signed for Beatrice after she defaulted and had evicted Beatrice from a home that they owned.  After Marie became will, she moved in with Beatrice and the two appeared to mend their relationship.

Marie’s attorney testified that he prepared both the 2002 and 2008 wills.  In 2002, Beatrice was clear that she wanted to leave everything to Robert and expressly stated that she did not want to leave anything to Marie.  In 2008, the attorney was summonsed to Marie’s bedside, where Marie said “I want to do something for my daughter.  My daughter, my daughter, my daughter.”  The attorney understood this to mean that Marie had a change of heart and wished to amend her will.  The attorney drafted two versions of a will for Marie to consider.  The first left half of her property to Robert and half to Beatrice and the second left all of Marie’s property to Beatrice.  The attorney returned to the home to deliver the wills, but when no one answered the door, he left both versions in the mailbox and did not speak to Marie again.

The two witnesses to Marie’s signing the will indicated that she did, in fact, sign the will and that she appeared the be alert, aware, and to understand what was going on.

Robert testified that he believed Marie’s ability to recognize her children was an “on again-off again thing” and that his mother was frequently drugged and unresponsive when he tried to visit.

Beatrice testified she found the two drafts of the will left by the attorney and threw away the draft equally dividing the property.  She claimed that the attorney told her Marie rejected that version and told him to completely disinherit Robert, but the attorney denied any such conversation.  After becoming Marie’s power of attorney, Beatrice admits to removing money from two of Marie’s bank accounts into accounts that provided Beatrice with right of survivor benefits (meaning that upon Marie’s death, the money would go directly to Marie).

* Please remember to vote for the Texas Ag Law Blog in the “Niche” category of the ABA Top 100 Blawgs!  Click here between now and December 19!*

On appeal of a case involving testamentary capacity, the court of appeals does not second guess the jury or re-weigh the evidence.  Instead, the court merely asks whether a reasonable jury, in light of the evidence presented, could have reached the verdict.  The court here determined that a reasonable jury could, after reviewing all of the evidence, have decided that Marie lacked testamentary capacity.  Because of this, the court of appeals affirmed the verdict and refused to admit the 2008 will into probate.

Why Does This Matter?

Obviously the issue of testamentary capacity mattered a great deal in this case, as the answer to this question determined whether Robert or Beatrice received the estate.  It is important to ensure that anyone signing a will has testamentary capacity and to take steps to show and document such capacity.  For example, in this situation, had Marie and her attorney discussed the two potential drafts that he prepared and the attorney been able to testify that Marie selected one over the other after a coherent discussion, the outcome may have been different.  Ensure that anytime you are executing a will (or if you are an attorney, every time you are drafting a will), you make an effort to provide evidence of testamentary capacity in the event that is challenged at a later date.