“The Blinn College athletic department is excited to honor these two outstanding student-athletes,” Blinn College Athletic Director Scott Schumacher said. “Maintaining a perfect 4.0 grade point average during a two-year period while also answering the demands of a collegiate athlete takes remarkable dedication. The future is very bright for these student-athletes and we at Blinn College look forward to seeing what they will accomplish in the future.”

Smajstrla, a sophomore defensive specialist for the Buccaneer volleyball team, helped Blinn post a 39-4 record, which included a 16-0 Region XIV conference mark and conference championship. The Buccaneers also claimed the Region XIV Tournament title and finished eighth at the 2021 NJCAA Division I Volleyball Championship. Smajstrla appeared in 41 matches last fall, playing in 118 sets, and excelled in her role with 198 digs.

Reed, a sophomore third baseman, played 20 games for the Blinn softball team this spring. She hit .259 with two doubles and a home run while driving in seven runs and scoring 11 times. The Buccaneers qualified for the Region XIV Tournament following a 13-11 record in the Region XIV South zone. 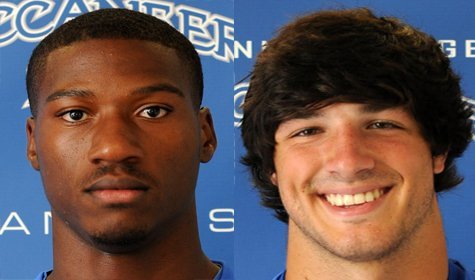