Loading and unloading 18-wheelers – a staple of working in the shipping business – is about to be the next “miserable” job that becomes automated. With Amazon now threatening the industry with their own freight logistics service, as we reported days ago, FedEx and UPS are trying to scramble to solve an automation puzzle that has plagued them for years: loading and unloading trucks.

But now, robot-makers are getting close to helping these companies solve the problem, according to Bloomberg. Siemens AG and Honeywell International Inc. both have built machines that can now automated-ly pull packages from the back of a tractor trailer and place them on conveyor belts, where they can then be sorted.

Ted Dengel, managing director of operations technology at FedEx’s ground-delivery unit said: “The biggest challenge in our world is: Every single package is different in size, shape, weight, color, material. It makes it a very tricky problem.”

These two new devices were unveiled at a recent automation conference in Chicago and they give promise to shippers that they might be able to increase productivity and rely less on the need for what is one of the most grueling jobs in logistics, unloading trucks manually.

The idea of automation is becoming more important as e-commerce continues to grow, fueling record demand but also pressuring profit margins at the same time. Given Amazon’s new entry into the market, it looks as though that pressure is only going to stay at a high-level.

Meanwhile, the robots haven’t been perfected yet and they’ve taken years to develop. In addition, they require spaces within logistics hubs and warehouses that are generally already packed with equipment. Siemens’ robot requires that the tractor trailers are also modified, while Honeywell’s doesn’t, but isn’t as fast. 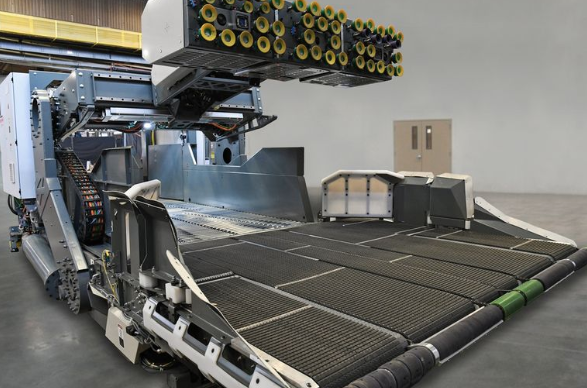 Honeywell’s robot is essentially a giant conveyor belt on wheels that has suction cups to grab packages. The conveyor catches or scoops the packages from the trailer bed and moves them down the conveyor belt and out the back of the truck. The machine works as fast as a person can.

“I can speak from first-hand experience from developing this machine: The job is miserable inside that trailer. Getting people out of the trailer and on the dock side managing several of these machines is a huge factor as it relates to employee satisfaction and retention.”

Siemens took a different approach, where a rolling belt must be permanently installed on the truck’s floor with packages stacked on top of it. A large machine is attached to the belt and packages are pulled in and sent the to sorting hub at the loading dock. Unloading a regular tractor trailer takes about 10 minutes, compared to about the hour it would take for one person to do the job. 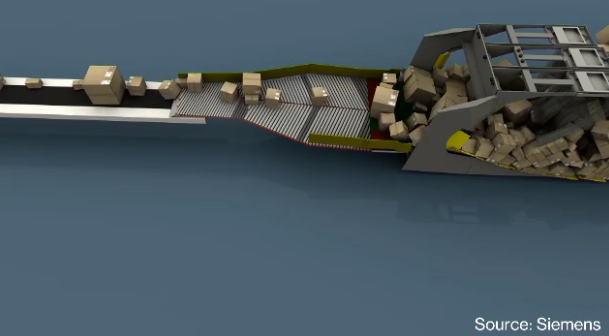 FedEx has been looking for these types of trailer-unloading solutions and also recently began testing two competing machines. FedEx plans to buy two of a model that is a slightly further along than the Siemens and Honeywell prototypes and start using them in the field over the next year. The name of the company FedEx has been working with has not been disclosed.

UPS is also seeking to automate unloading. The company is in the middle of a three-year $20 billion upgrade to keep pace with online retail growth. The company’s union workforce has increased 14% because of rising package volume over the last five years.

Making robots load trucks, instead of unloading them, is still a little bit further off due to its complicated nature. Chinese backed company Yet Dorabot is testing automated loading technology. Dorabot’s robots can load 400 packages into a trailer, filling 60% of its capacity right now, but the company expects to improve speed by about 50 packages per hour and fill 80% of the truck’s capacity before going to market with their product within a year and a half.