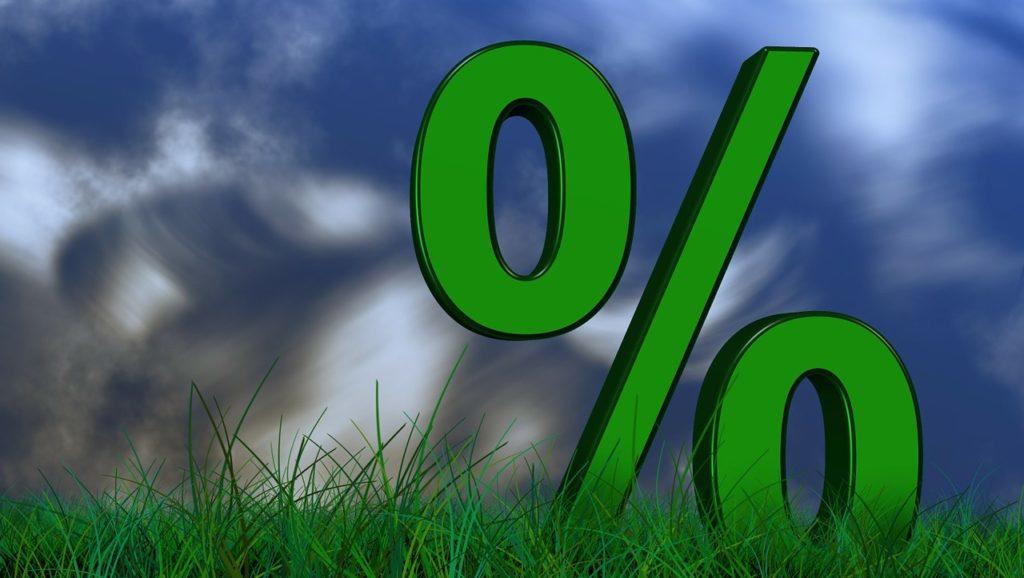 Inflation is sizzling hot. Gold has historically served as an inflation hedge. So, why hasn’t gold caught a bid?

In a word, confusion.

Taper tantrums and fear of Fed rate hikes have generated massive confusion in the markets. People are selling gold when they should be heavily buying gold in the dips.

And at the root of this confusion is the failure to account for real interest rates.

This is not a negative for gold and eventually, the markets will wake up to this fact.

For the last year, the markets have kept a laser-like focus on the Federal Reserve, anticipating the central banks would push interest rates up to fight inflation. Every time inflation came in hotter than expected, gold sold off in anticipation of Fed tightening. More recently, gold caught headwinds when the central bank finally announced its quantitative easing taper. And after the CPI hit the highest level in 1982 in November, the Fed said it would speed up the taper, thus pushing the timetable for rate hikes forward.

Currently, the Fed projects three rates hikes of 25 basis points next year, three in 2023, and two more in 2024. That would push rates to around 2%. Many in the mainstream dubbed this a “war on inflation.”

As I’ve explained, a 2% interest rate in the face of 7% inflation is like taking a pea shooter to a bazooka fight. In order to truly tame inflation, the Federal Reserve needs to push interest rates above the level of inflation. Nobody is talking about rate hikes up to 7%. And remember, the government uses a cooked CPI formula that understates inflation. When measured honestly, inflation is closer to 15%. The Fed is picking a fight it cannot win. Paul Volker had to take rates to 20% to finally tame the inflation of the 1970s. That’s certainly not in the cards. It would crush a US economy build on easy money and debt.

Nevertheless, any rate hike is seen as a negative for gold. Whenever interest rates tick up slightly, the mainstream is quick to inform us that “rising interest rates increase the opportunity cost of holding gold.”

So, what exactly is the mainstream thinking here?

Holding gold does not generate interest income like a bond or a bank account. If interest rates rise and you’re holding gold, you’re forgoing the interest income you could earn if you instead owned a bond or put dollars in a money market account. That’s why rising interest rates tend to create headwinds for gold. And it’s why we’ve seen gold sell off on high inflation news. The markets expect the Fed to fight inflation with rate hikes, thus raising the opportunity cost of holding gold.

This makes sense on the surface, but there is a problem with this mainstream analysis. They are not considering real interest rates.

To state the obvious, there is no “opportunity cost” in holding gold when real rates are deeply negative. You are losing real money holding bonds that aren’t yielding enough interest income to keep up with inflation.

Note that the 10-year Treasury yield isn’t even at the Fed’s 2% inflation target. So, even if the central bank managed to rein in inflation to a “normal” level, the real rate on the 10-year would still be negative.

In fact, negative interest rates tend to persist for long periods of time. 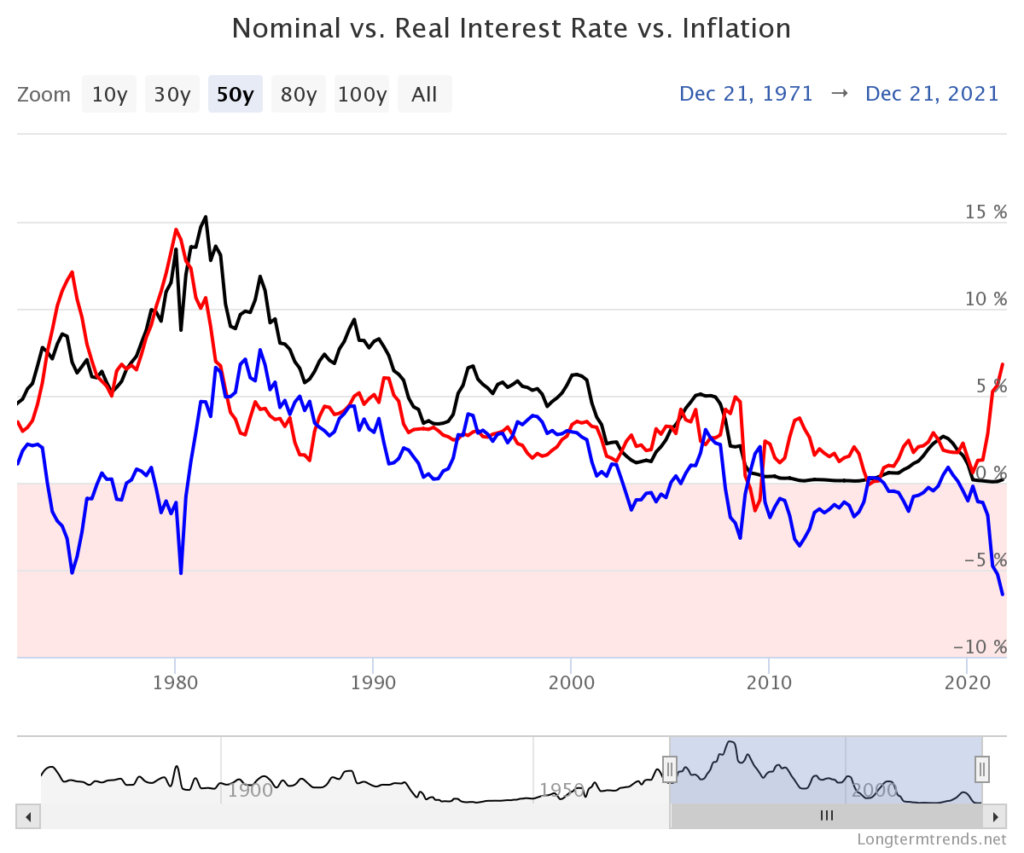 As you can see from the chart, real interest rates were mostly negative between 1970 and 1980 and again between 2000 and the present.

And how did gold perform during these negative real rate periods? You should also note that real rates are lower today than they were in the stagflationary years of the 1970s.

The Federal Reserve is always behind the curve on fighting inflation. As Peter Schiff has said, if they really intended to go to war with inflation, they already would have. Instead, there’s just talking about spraying gasoline on the fire a little slower. If history is any guide, based on the duration of past negative rate cycles, we could see real rates negative for the next 10 to 15-plus years.

The real rate is a vital puzzle piece. You can’t see the full picture without it.

But most people aren’t paying any attention to real rates — at least not yet. Right now, they’re distracted by negligible nominal interest rates hikes in the Fed’s feckless “war” on inflation. But this will almost certainly change soon.

Eventually, the markets will wake up to this miscalculation. Instead of selling gold, investors should be accumulating gold hand over fist.

This misstep by the mainstream has created a huge buying opportunity. When investors do wake up to their mistake, gold will likely gap higher very quickly and make up for lost time.

Peter Schiff made a rather chilling comparison in a recent tweet.

This article appeared at ZeroHedge.com at:  https://www.zerohedge.com/markets/real-interest-rates-missing-puzzle-piece-mainstream-ignoring