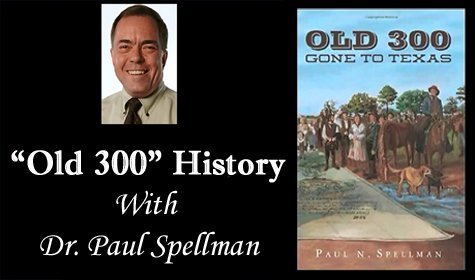 Many of the iconic “Old 300” settlers – Stephen F. Austin’s first colonists into Texas – proved to be entertaining frontier folks, and even their background stories are interesting (fact and fiction melted together of course in the Texas Way).

William Harvey, for one, likely came out of Ouachita Parish, Louisiana, and on to a Brazos River league of land as early as 1822. His homestead may have been nearby in Washington County, for there is a record of two of three Harvey boys marrying the two Reed girls, Jane and Polly, about fifteen years later. But an old family tale has a Blasingame William Harvey born in 1793 and raised in South Carolina, marrying a girl named Nancy sometime around 1818, only to forsake her for another, dashing to Texas via Louisiana with Eliza “Mary Ann” Prather, perhaps only a step ahead of poor Nancy’s kin hunting him down!

James N. Hensley, born around 1800, was probably the son of William James Hensley from Shelby County, Kentucky – a favorite “stopping off” arena for Texas-bound settlers, and the brother of William Richardson Hensley. That family name is found later in Illinois, Indiana, and Iowa, as well as Texas, often misspelled Hensky or Henesly. James and his brother are still in Texas in the 1840s, and William did not make the Old 300 list because he left Texas early on and did not return until 1828. One of the peculiarities of those first colonists was their restless propensity to come and go in and out of Texas for several years before finally settling down somewhere!

Some, Like Austin County settler John McCormick, didn’t really stay in Texas at all, but that’s another story for next time.

Dr. Paul Spellman is the author of the book “Old 300 – Gone To Texas“, a broad and dramatic saga of the three hundreds families who made their way to Texas in the 1820’s following Stephen F. Austin and a dream to start new lives on a new frontier.  If you are interested in a copy of the book “Old Three – Hundred Gone to Texas” you may purchase it at Amazon.com in Paperback or electronic Kindle Edition.