Who Can Afford The American Dream? “Rental Rates Have Reached Apocalyptic Levels” 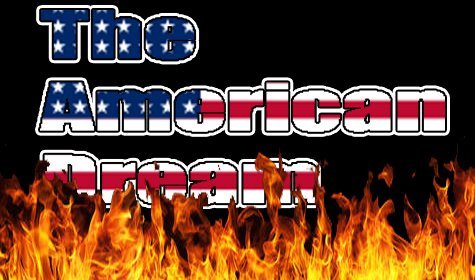 Skyrocketing costs and shrinking opportunity are meeting head on with full on economic disaster. The Dude, Where’s My Stuff? generation doesn’t have much motivation to go on for growing up and getting their life together these days.

Record numbers are out of the work force; record numbers are living with their parents in the basement; record numbers are losing the battle of return on investment with higher education – purchased with burdensome loans – in order to attain better employment and stability. Rising costs are hitting home owners and renters alike, with a real squeeze coming down on those just starting out.

And all of that is driving the economy to the brink.

That American Dream thing is a going up in smoke. Upward mobility has stalled, and stagnation is setting in.

It is becoming apparent that a lost generation is upon us, and the Americans of tomorrow may not even have a meager concept of what this country stood for, because their lives will be so completely desolate and controlled.

The local radio news station in Los Angeles recently reported that the rental rates in this city have reached apocalyptic levels. So it stands to reason the next best step is to purchase a home. Easier said than done, particularly for millennials.

At the end of last year my 25-year-old daughter and I were discussing this issue. She and her live-in boyfriend had been exploring the notion, but with the median home price in Los Angeles exceeding $500,000.00, it is completely out of reach for them. Between juggling school loan payoffs and each working in the freelance world of entertainment, saving for a down payment and/or qualifying for a mortgage, in this day and age, is tough.

Over the last 20 plus years I have watched as the cost of living in the U.S., and more specifically Los Angeles, steadily climbed. It became apparent, without a doubt, that if my daughters (I have two) were going to have a home, it would be up to mom to help them.

Before you rush to judgement about my children’s work ethic or my parenting style… look at the stats… home affordability will decline through-out 2016 by 4 to 5%. We all know that at the end of 2015 the feds increased mortgage rates, and real estate pundits predict home prices will continue to appreciate at 3 to 4%… the cost of in-state tuition and fees at public four-year institutions have increased at an average rate of 3.4% per year beyond inflation.

These kids are stuck between a rock and a hard place.

It is a pertinent question for this generation. Will there be security and prosperity for those who are willing to work hard?

Basically, all the trends are headed in the wrong direction for a healthy society.

Demographically, people are falling in on themselves.

The Pew Research Center conducted a study in 2012 on the rising number of millennials living with their parents, and the reasons contributing to the decline:

In 2012, 36% of the nation’s young adults ages 18 to 31—the so-called Millennial generation—were living in their parents’ home, according to a new Pew Research Center analysis of U.S. Census Bureau data. This is the highest share in at least four decades and represents a slow but steady increase over the 32% of their same-aged counterparts who were living at home prior to the Great Recession in 2007 and the 34% doing so when it officially ended in 2009.

A record total of 21.6 million Millennials lived in their parents’ home in 2012, up from 18.5 million of their same aged counterparts in 2007. Of these, at least a third and perhaps as many as half are college students.

Since the onset of the 2007-2009 recession, both age groups have experienced a rise in this living arrangement.

The steady rise in the share of young adults who live in their parents’ home appears to be driven by a combination of economic, educational and cultural factors. Among them:

And that’s just for those who were willing to give things a try.

The rest are on the dole, and bulging the size and scope of federal government even further, and millions falling to the bottom are looking to the government as a parental figure and savior – who dispenses benefits and can “take care of” them.

A wave of unemployment, and those who have permanently dropped out of the work force and all appearances of looking for work, is setting in. And things don’t look pretty from there.

This article appeared at ZeroHedge.com at:  http://www.zerohedge.com/news/2016-01-29/who-can-afford-american-dream-rental-rates-have-reached-apocalyptic-levels