Net Neutrality and Why We In Austin County Should Care [VIDEO] 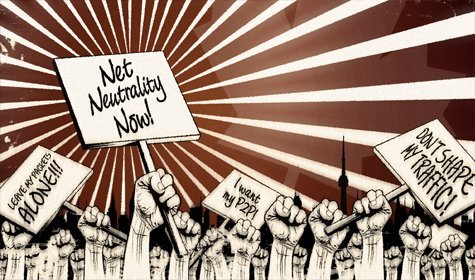 Net Neutrality; a word that many of us don’t really care about and far fewer understand.  The Internet has become so much a part of the lives of most Americans that it is easy to imagine that it will always remain the free and open medium it is now. And, as much as we’d like to believe that it will remain a place where you can always access any lawful content you want, and where the folks delivering that content can’t play favorites because they disagree with the message being delivered or want to charge more money for faster delivery; there are no such guarantees.

Net Neutrality means that Internet service providers should provide us with open networks — and should not block or discriminate against any applications or content that ride over those networks. Just as your phone company cannot decide who you could call and what you say on that call, your internet service provider (ISP) should not be concerned with what content you view or post online.

However, on May 15, 2014, the Federal Communications Commission proposed rules that would allow rampant discrimination online.

Chairman Tom Wheeler’s plan would enable Internet service providers to charge extra fees to content companies like Google and Netflix for preferential treatment. Under these rules, telecom giants like AT&T, Comcast and Verizon would be able to create a two-tiered Internet, with fast lanes for those who can afford it and dirt roads for the rest of us. These companies would have the power to pick winners and losers online and discriminate against online content and applications. And no one would be able to do anything about it.

ISPs like AT&T, Comcast, Time Warner Cable and Verizon want to take the worst aspects of the cable TV system and impose them on the Internet. And, as many in Austin County are all too familiar with, internet service can be a pain in the incorporated areas and spotty at best in the more rural areas of the county.

With this move, you can expect Internet blackouts that extend far beyond the popular content vendors as smaller websites are caught in the crossfire. Tweets, emails and texts will be mysteriously delayed or dropped. Videos will load slowly, if at all. Websites will work fine one minute, and time out another. Your ISP will claim it’s not their fault, and you’ll have no idea who is to blame. You also won’t be able to vote with your feet and wallet, as there’s no competition in broadband, and all ISPs will be playing this game.

ISPs hate the idea that they’re nothing more than providers of “dumb pipes,” or connections that simply carry our traffic. Now that they’re free from any legal restraints, the ISPs will try to get Internet companies to pay tolls and threaten to block or delay them if they don’t. Exclusive deals could become the norm, with AT&T exclusively bringing you Netflix or Time Warner Cable as the sole source for YouTube.

The FCC has encouraged the public to participate in the ongoing Open Internet rule-making process. Those who wish to be part of the process can submit their comments here, or at Docket 14-28: “Protecting and Promoting the Open Internet.” Recent public comment filings can be found here. Email comments are also accepted at openinternet@fcc.gov.