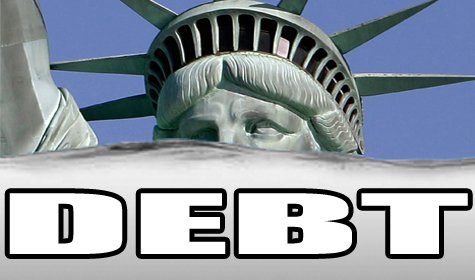 The federal government will be flirting with $30 trillion in debt within a decade, the Congressional Budget Office reported Monday, blaming an aging population, new spending and tax cuts approved on Capitol Hill, and the growing burden from Obamacare for erasing the progress Washington had made over the past few years.

The Congressional Budget Office is a non-partisan governmental entity that serves to forecast the impact of governmental policies on future government revenues. Its projections on the federal debt and its impact on the economy are disheartening.

“If current laws generally remained unchanged, the deficit would grow over the next 10 years, and by 2026 it would be considerably larger than its average over the past 50 years,” the report said.

So, who is responsible for paying off this debt?  We are, the American people. And, with nearly $19 trillion in debt today and hundreds of trillions in future unfunded liabilities, we’re well past the tipping point. How far past the tipping point?  Each American taxpayer is now responsible for nearly $1.4 million of this debt.  That’s almost as much as the average American will earn in a lifetime.

Watch the video below to get a visual of what just $17 Trillion looks like: