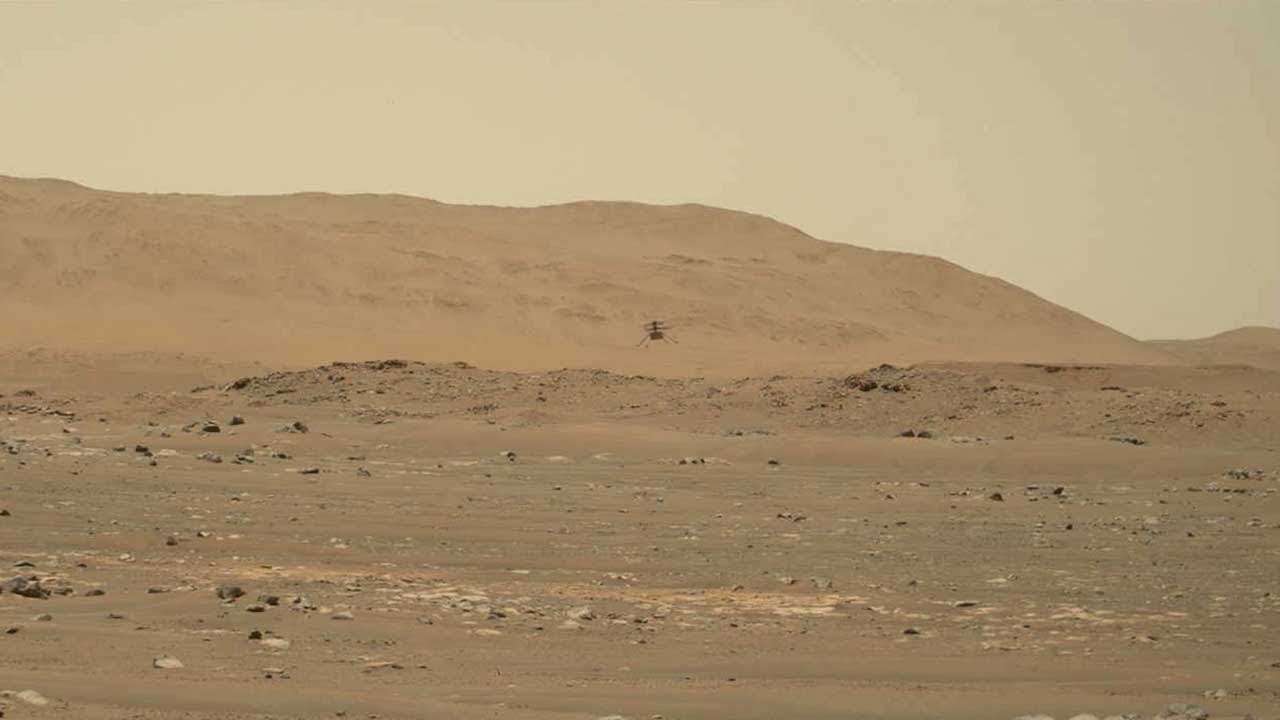 On April 30, 2021, NASA’s Perseverance rover made history as the first spacecraft to record sounds from another spacecraft on another planet. During Ingenuity’s fourth flight, a microphone included with the SuperCam instrument aboard Perseverance captured the humming sound of the blades and the din of wind.

The audio is recorded in mono. Scientists made it easier to hear by isolating the 84 hertz helicopter blade sound, reducing the frequencies below 80 hertz and above 90 hertz, and increasing the volume of the remaining signal. Some frequencies were clipped to bring out the helicopter’s hum, which is loudest when the helicopter passes through the field of view of the camera. NASA’s Ingenuity Mars Helicopter became the first aircraft in history to make a powered, controlled flight on another planet on April 19, 2021.