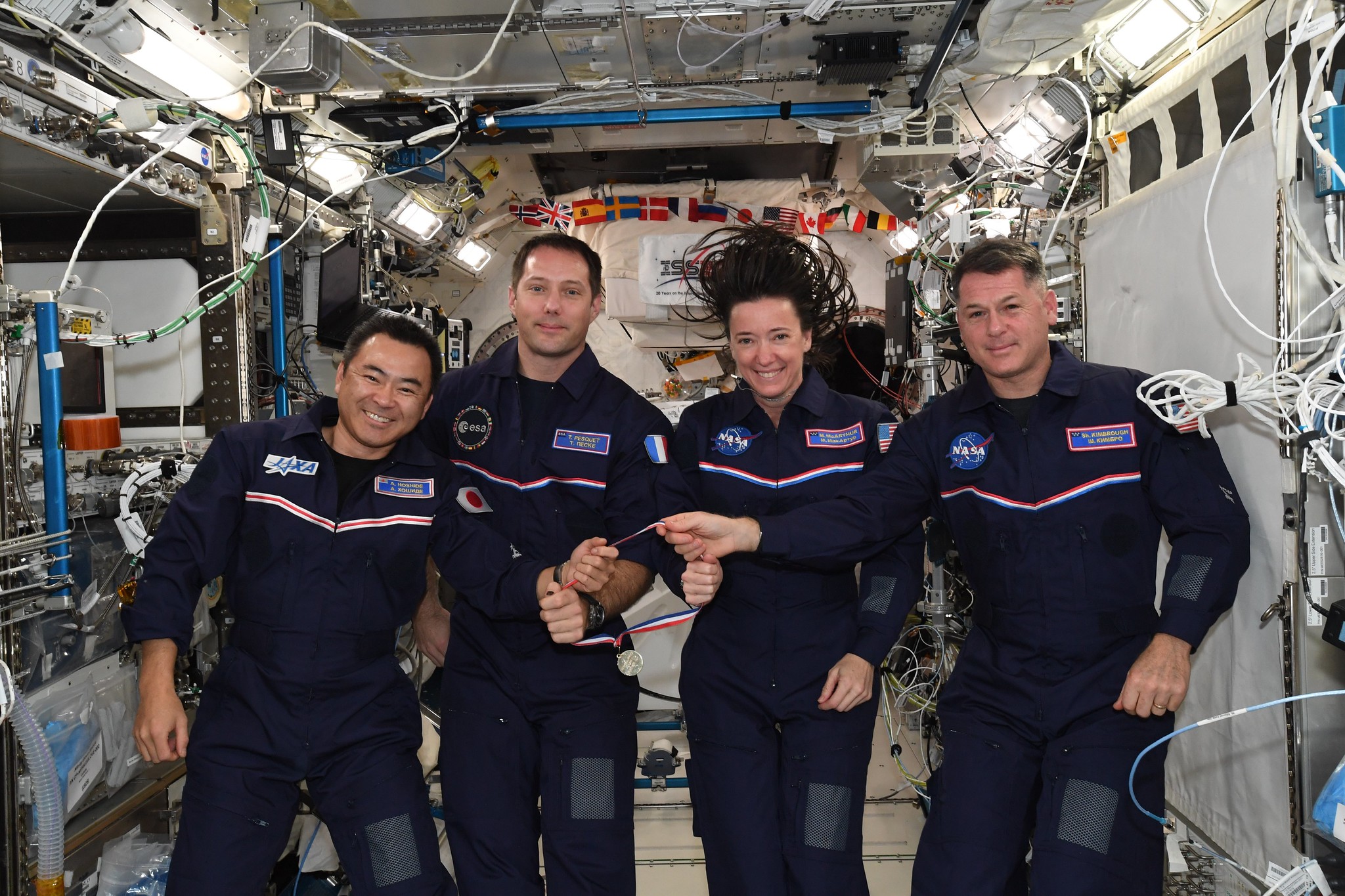 Shane Kimbrough and Megan McArthur of NASA, Akihiko Hoshide of JAXA (Japan Aerospace Exploration Agency), and Thomas Pesquet of ESA (European Space Agency) will participate in the news conference, their final one from orbit. The event will air on NASA Television, the NASA app, and the agency’s website.

Interested media must RSVP to the newsroom at NASA’s Johnson Space Center in Houston by calling: 281-483-5111 no later than two hours before the start of the event. To ask questions, reporters must dial into the news conference no later than 12:20 p.m. Questions may also be submitted in advance using #AskNASA.

Crew-2 astronauts have been living and working on the station since their launch April 23, 2021. During their science expedition mission aboard the orbiting laboratory, they conducted hundreds of experiments, ranging from growing chile peppers and cotton to studying water bears and tracking microbes. The astronauts tested new technologies in robotics and augmented reality, and captured imagery of Earth to support research about our changing home planet. Additionally, they completed several spacewalks to upgrade the station’s solar arrays.

The SpaceX Crew Dragon Endeavour spacecraft carrying Crew-2 will undock from the space station later this month, splashing down off the coast of Florida to conclude their mission. As of Friday, Nov. 5, they will have spent 196 days in space.

If operations permit, Endeavour will conduct an approximately 2-hour automated flight around the station after undocking, allowing Crew-2 astronauts to capture high resolution imagery of it.

NASA’s SpaceX Crew-2 mission is the second crew rotation mission of the Crew Dragon and Falcon 9 as part of the agency’s Commercial Crew Program. Regular, long-duration commercial crew rotation missions enable NASA to continue the important research and technology investigations taking place aboard the station. Such research benefits people on Earth and lays the groundwork for future exploration of the Moon and Mars starting with the agency’s Artemis missions, which includes landing the first woman and person of color on the lunar surface.