Michael Jordan’s new golf course in Florida is the latest example of robots, drones, and the uncertain future of work for humans.

The course, called The Grove XXIII, has opted to deliver snacks and beer to golfers via a drone. 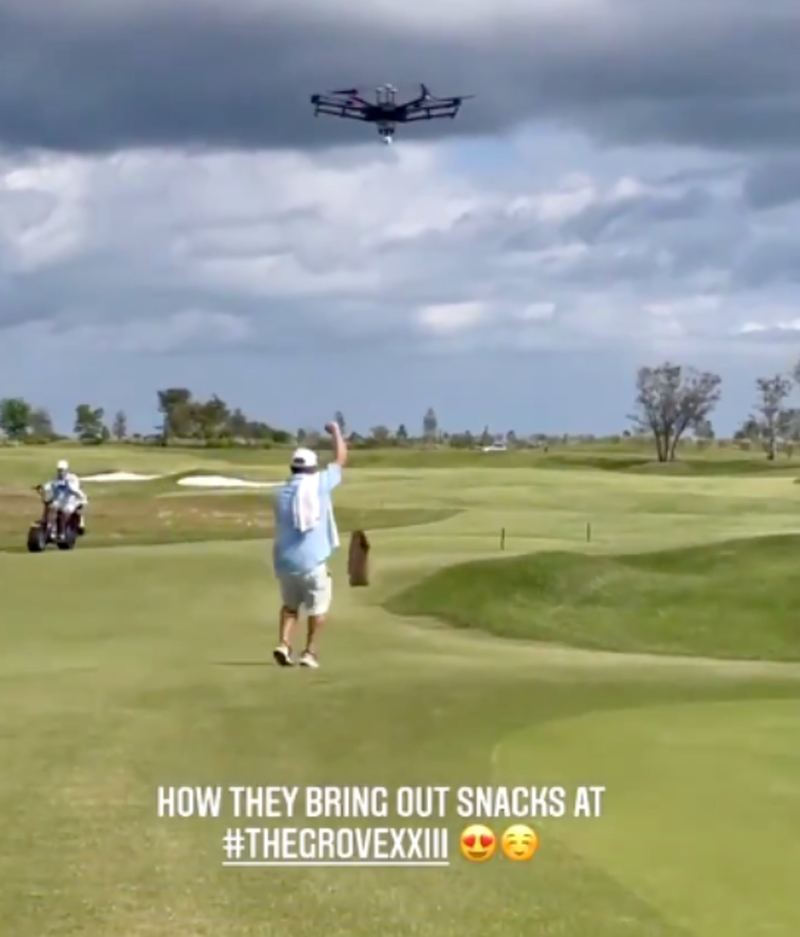 Traditionally, food and beverages on courses are delivered to golfers on refreshment golf carts, operated with one or two servers.

As shown in the video below, the last-mile delivery, from the clubhouse to the golfer, is conducted by drone.

Here’s video Caroline Wozniacki posted yesterday of the food and drink delivery by drone out at Michael Jordan’s newish golf course, Grove XXIII. (Also the scooters in the background) pic.twitter.com/QEAyUCI0yO

Drone deliveries on the course will likely be huge cost-savings for the club, increasing margins because golf carts and servers are no longer required – just a drone operator.

As for all those teenagers working courses during the summer break – well, be careful in this decade, technology will not just result in a displacement of their jobs – it will also lead to the displacement of millions of other jobs, in other industries, in the coming years.

This article appeared at ZeroHedge.com at:  https://www.zerohedge.com/markets/michael-jordans-new-golf-course-uses-drone-deliver-beer-golfers