Update (1225ET): The Epoch Times’ Ivan Pentchokov reports that crucial security and adjudication logs are missing from Dominion Voting Systems machines from Michigan’s Antrim County, according to a forensics report (pdf) released on Dec. 14 in compliance with a court order.

“Significantly, the computer system shows vote adjudication logs for prior years; but all adjudication log entries for the 2020 election cycle are missing. The adjudication process is the simplest way to manually manipulate votes. The lack of records prevents any form of audit accountability, and their conspicuous absence is extremely suspicious since the files exist for previous years using the same software,” the report, authored by Russell Ramsland, states.

“We must conclude that the 2020 election cycle records have been manually removed.”

The absence of the adjudication logs is particularly alarming because the forensic exam found that the voting machines rejected an extraordinary number of ballots for adjudication, a manual process in which election workers determine the ultimate outcome for each ballot.

The office of Michigan’s Democrat Secretary of State Jocelyn Benson, Dominion, and a spokesman for Antrim County didn’t respond to requests for comment.

As Sara Carter of SaraACarter.com detailed earlier, a Michigan judge ordered the public release Monday of a report submitted by lawyers supporting President Donald Trump and the election fraud allegations they say will reveal serious concerns that the computer machines used in the voting in Antrim County were compromised. The forensic report allegedly contains data that will reveal that the computer systems used to vote in the county were not secure and had foreign components that made them susceptible to manipulation and or fraud, according to those directly familiar with the case. 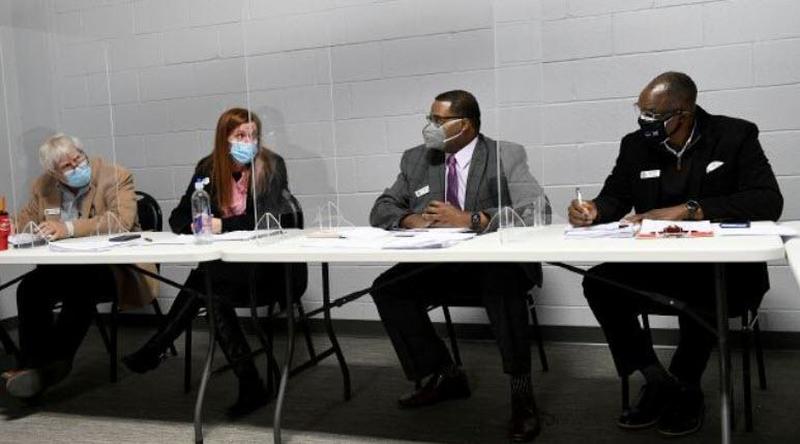 He suggested that the report being released is “inaccurate, incomplete and misleading,” according to the Detroit News.

“There is nothing to hide.”

However, lawyers and computer experts working to expose what they say is a serious threat to U.S. security and infrastructure say the report will reveal the irregularities in the data and external foreign interference in the system.

The legal team “submitted the forensics report to the Judge (Sunday) at 8:30 a.m. per the Judge’s request,” stated a source familiar with the report.

According to sources, who spoke to me this weekend the forensic report of the computer system reveals that there are serious national security implications to the evidence discovered because “the election system is categorized as critical infrastructure, this is a threat to, it is a national security concern.”

The forensic analysis has been under protective order. It could not be released prior to the Judge’s decision Monday, when Elsenheimer ordered the release with some redactions.

Antrim County has roughly 23,000 residents and the discovery that roughly 6,000 votes cast using the Dominion Voting Systems that should have gone to President Donald Trump went to Joe Biden without explanation triggered the ongoing investigation by Trump supporters.

The bizarre explanation that a failure to update voting software led to Joe Biden initially receiving those thousands of votes ahead of Trump in the Republican-leaning county wasn’t accepted by the majority of Trump supporters, nor many of the Michigan GOP>

If the forensic report is accurate on the irregularities, as well as other issues of alleged fraud regarding the Dominion Voting Systems used in XX states across the country, it may snowball to other state legislatures requesting audits of their systems as well.

This article appeared at ZeroHedge.com at:  https://www.zerohedge.com/political/michigan-judge-allows-release-forensic-report-fraud-allegations-dominion-voting-machines