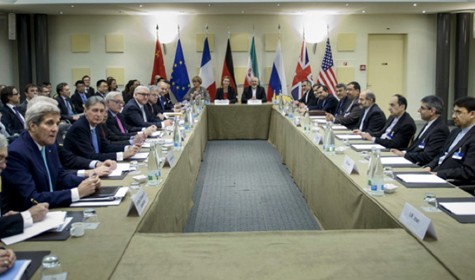 After 20 months of negotiations, four target dates and three extensions, Iran, the United States, China, France, Germany, Russia and the United Kingdom announced that they reached a historic deal on Tuesday that will limit Tehran’s nuclear ability, in exchange for lifting international oil and financial sanctions.

Federica Mogherini, the European Union’s foreign policy chief, said “Today is a historic day,” and called it a great honor “for us to announce that we have reached an agreement on the Iranian nuclear issue.”

Iranian Foreign Minister Mohammad Javad Zarif agreed that the deal is a “historic moment,” but cautioned that it was “not perfect.” He concluded, “Today could have been the end of hope, but now we are starting a new chapter of hope.”

Continue reading at Truth In Media.com…