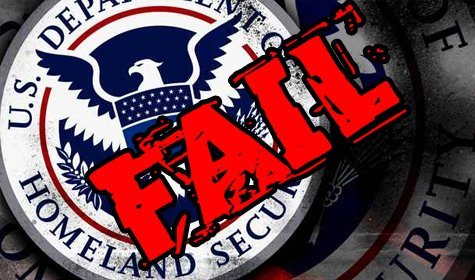 Judicial Watch announced today that it obtained 183 pages of documents from the Department of Homeland Security revealing that the Obama administration scrubbed the law enforcement agency’s “Terrorist Screening Database” in order to protect what it considered the civil rights of suspected Islamic terrorist groups.  The documents appear to confirm charges that Obama administration changes created a massive “hands off” list. Removed data from the terrorist watch list could have helped prevent the San Bernardino terrorist attack.

The new documents were produced in response to a Judicial Watch February 2015 Freedom of Information Act (FOIA) lawsuit filed on February 13, 2015, (Judicial Watch v U.S. Department of Homeland Security (No. 1:15-cv-00222)) for:

The Homeland Security Inspector General’s report, released only as a result of the Judicial Watch lawsuit, shows that a Homeland Security official reported that Haney was forced to “modify” nearly a thousand terror suspect entries:

“In order to be in compliance with CBP [Customs and Border Protection] policy, [Redacted] was ordered by [Redacted] supervisors to modify all 820 records and remove all references to terrorism.”

The documents include a June 8, 2012, letter of commendation to Haney      by a senior official with Homeland Security’s National Targeting Center who describes Haney as “invaluable” and commends him for assisting “in the identification of over 300 persons with possible connections to terrorism.”

Senator Grassley previously released emails including a 2012 email chain between Immigration and Customs Enforcement and Customs and Border Protection asking whether to admit an unnamed individual with ties to various terrorist groups.  The person was believed to be a member of the Muslim Brotherhood and a close associate and supporter of Hamas, Hezbollah, and the Palestinian Islamic Jihad, according to the email exchange obtained by Grassley’s office.

In his February 3, 2014, letter to Johnson, Grassley quotes an email from an Immigration and Customs Enforcement official to a Customs and Border Protection official saying, “I’m puzzled how someone could be a member of the Muslim Brotherhood and unindicted co-conspirator in the Holy Land Foundation trial, be an associate of [Redacted], say that the US is staging car bombings in Iraq and that [it] is ok for men to beat their wives, question who was behind the 9/11 attacks, and be afforded the luxury of a visitor visa and de-watchlisted.”

On May 19, 2014, Chairman of the House Homeland Security Committee Mike McCaul (R-TX) told Breitbart News that the “terrorist hands off list” emails released by Grassley had been under investigation by the newly appointed Department of Homeland Security Inspector General John Roth for over three months. McCaul added, “The new IG has inherited this matter. He’s a new IG. He’s pretty decent–well respected. Obviously, his predecessor was not.”

Roth’s predecessor was Charles Edwards, who left office after a series of allegations that he had softened reports to avoid embarrassing the Obama administration.  According to an April 24, 2014, report from an oversight panel of the Senate Homeland Security and Government Operations Committee, Edwards “failed to uphold the independence of the OIG … and directed that reports be altered or delayed to accommodate senior Department of Homeland Security officials.”

“These new documents bolster allegations that the Obama administration may have removed information from a terrorist watch list that could have prevented the San Bernardino terrorist attack,” said Judicial Watch President Tom Fitton. “Philip Haney risked his career to blow the whistle on how the Obama administration created a ‘hands off” list of over 1,000 foreign nationals with potential terrorist ties.  And, once again, it was a Judicial Watch lawsuit – and not Congress or the media – that uncovered the key information about this national security scandal.”

Haney told Breitbart.com after the San Bernardino terrorist attack that entries regarding suspicious and terror-related activity were removed from an agency watch list as the result of political pressure after the 2013 Boston Marathon bombing:

“They came into the National Targeting Center, either physically or through emails and correspondence, and said that we could not develop cases based on association with Tablighi Jamaat [a Muslim religious organization with which the San Bernardino terrorists were reportedly affiliated], and/or any Islamic group,” Haney revealed.

Haney said his superiors actually erased some of his files pertinent to the case, because they insisted the initiative had “gone in a different direction” and he was no longer authorized to add his data.