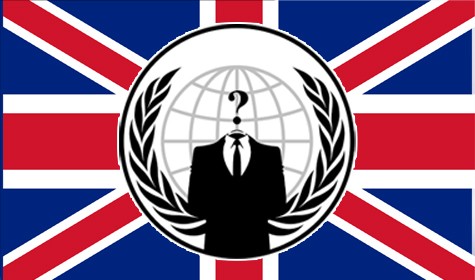 A group of four young computer experts who call themselves VandaSec have unearthed evidence indicating that at least three ISIS-supporting accounts can be traced back to the Department of Work and Pension‘s London offices.  (For those that don’t know, the DWP is the largest governmental department in the UK and is responsible for welfare and pension policy.)  The addresses were thought to be based in Saudi Arabia, but upon further inspection they linked back to the DWP’s London offices, according to the Daily Mirror.

“Don’t you think that’s strange?” one of the hackers asked Mirror Online. “We traced these accounts back to London, the home of the British intelligence services.”

The evidence caused the Cabinet Office to admit to selling IP addresses to two Saudi firms earlier this year. An expert has suggested this is why the IP’s are linked to the government.  IP address sales are often commonplace throughout the world.

“The government owns millions of unused IP addresses which we are selling to get a good return for hardworking taxpayers,” a Cabinet Office spokesperson said.

“We have sold a number of these addresses to telecoms companies, both in the UK and internationally, to allow their customers to connect to the internet.

“We think carefully about which companies we sell addresses to, but how their customers use this internet connection is beyond our control.”

An article that appeared on Medium yesterday lumps VandaSec in with several other hacker groups who have answered Anonymous’ call to wage cyber war on Baghdadi’s caliphate. “Operation ISIS (OpISIS) is a project, launched by Anonymous hacktivists, for the purpose of countering terrorist activities online,” Canidce Lanier writes. “Over time, there have been various Anonymous factions involved in OpISIS, including GhostSec, Binary Sec, VandaSec and CtrlSec.”

Since the terrorist attack that took place in Paris, hacker activists have stepped up their tracking and shutting down of ISIS online accounts.  Below RT discusses this cyber war with a hacker who gave the interview under condition of anonymity.

The irony of the hackers finding the IP’s trace back to England is that just three weeks ago UK Security Minister John Hayes said he was grateful for the actions of hackers including Anonymous who have targeted the Islamic State.

ZeroHedge posits the question in their article on this topic, “We wonder if Hayes is still “grateful”.