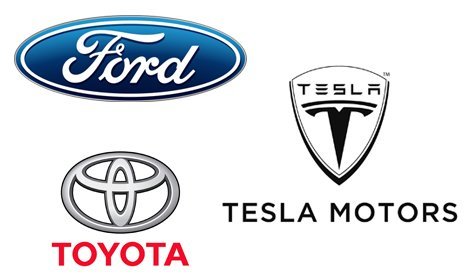 Ford has opened up their electric car patents to other manufacturers but, unlike TESLA there is going to be a fee attached to it.  If you’ll remember TESLA’s Elon Musk opened up their patents for any manufacturer to freely use in an effort to help accelerate the innovation of electric cars in our world.  But, Ford isn’t going that far.  Their pay-to-use patent sharing, though still not quite to TESLA sharing standards, is a big switch from the previously way of guarding patents. Ford says its decision to open up its patents is driven by a desire to help accelerate industry development of future fuel technology. That might be true, but it could also ultimately lead to Ford gaining some impressive technologies from other automakers in a quid pro quo patent swap arrangement in lieu of traditional licensing fees, or have its technologies adopted by the industry as the agreed-upon standard.

Toyota also opened up their patents for other companies to use for their fuel cell driven cars (hydrogen fuel).  Toyota released a total of 5,600 fuel cell vehicle patents in a bid to encourage car makers to develop vehicles running on hydrogen.  One analyst believes that Ford’s move has more to do with keeping the electric vehicle industry ahead of fuel cells.

“I think this has a lot to do with what is going on in the alternative fuel vehicle market,” said James Love, a patent attorney in Washington D.C.