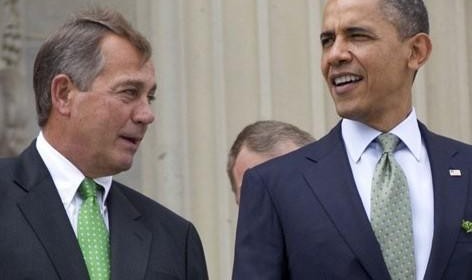 (CNSNews.com) – Federal tax revenues continue to run at a record pace (in inflation-adjusted dollars) in fiscal 2014, as the federal government’s total receipts for the fiscal year closed May at an unprecedented $1,934,919,000,000, according to the Monthly Treasury Statement. 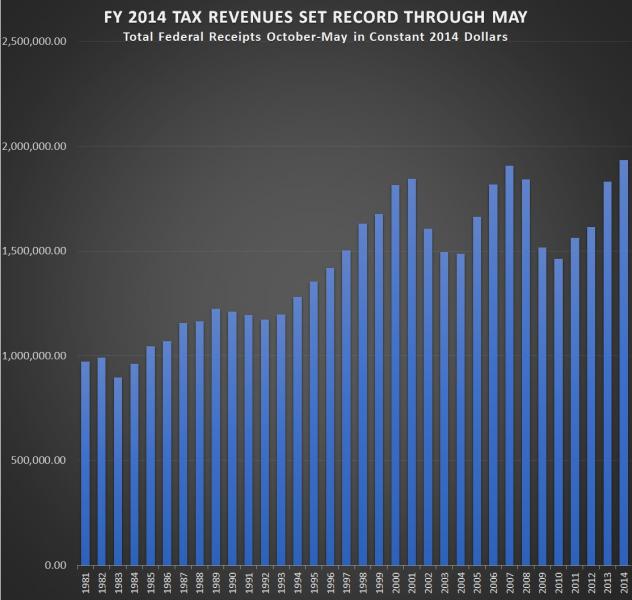 The OMB has also estimated that, while running that deficit, the federal government will collect a record amount in inflation-adjusted tax revenues.

The single largest source for the federal government’s record tax receipts in the first eight months of FY 2014 was the individual income tax, which brought the Treasury $903.024 trillion. The second largest source was what the Treasury calls “Social Insurance and Retirement Receipts,” which includes the Social Security payroll tax, the unemployment insurance tax and other retirement taxes. This accounted for $694.268 billion in tax revenue.

The third largest source of federal revenue in the first eight months of fiscal 2014 was the corporation income tax, which brought in $164.840 billion.

Federal tax revenues for fiscal 2014 set records through February, through March, through Tax Day, April 15, and through April.