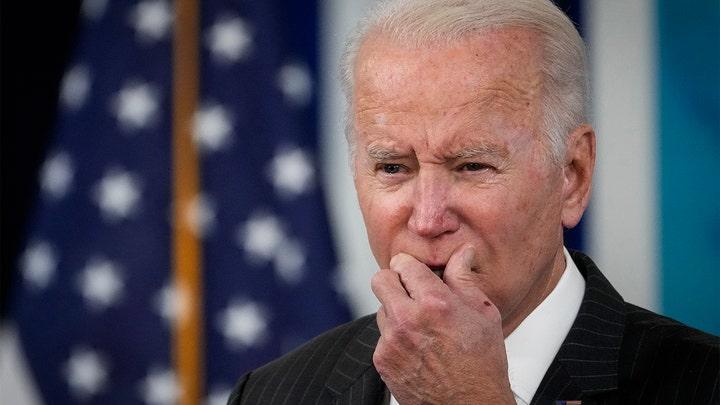 A federal court has issued a temporary victory in a lawsuit against the Biden administration’s coronavirus vaccine mandate issuing a stay on the controversial federal government regulation in Texas.

“WE WON. Just this morning, citing “grave statutory and constitutional issues,” the 5th Circuit stayed the mandate. The fight is not over and I will never stop resisting this Admin’s unconstitutional overreach!”

As Fox News reports, earlier in the week, Paxton sued the Biden administration over the mandate and argued that the move to force workers at companies with over 100 employees to be vaccinated or undergo weekly testing is “flatly unconstitutional.”

“OSHA has only limited power & specific responsibilities. This latest move goes way outside those bounds. This ‘standard’ is flatly unconstitutional. I’m asking the Court to strike it down.“

The Wall Street Journal reports that the New Orleans-based Fifth Circuit said it would quickly consider whether to issue an injunction against the vaccine and testing requirements, ordering the Biden administration to file initial legal papers by late Monday afternoon.

A number of trade groups have issued warnings about the mandate, saying that it would exacerbate supply chain bottlenecks and staffing shortages nationwide.

The White House remains confident the mandate will stand up to legal challenges.

“We are very confident that it can,” White House Deputy Press Secretary Karine Jean-Pierre said.

“As for the legal side of this, let me be crystal clear to avoid what appears to be possible misinformation or disinformation around the emergency temporary standard being a vaccine mandate. That would be on its face incorrect as has been explicit for months. It is a standard for safe workplace to either comply with weekly testing or to be vaccinated.”

Hawley said in a Nov. 5 press release that Biden’s mandate threatens to worsen the current labor shortage and supply chain issues, is an “unconstitutional infringement on the fundamental rights of American citizens” and “unlawfully bypasses established regulatory procedures.”

“He is ignoring this basic principle by forcing employers to require their workers be vaccinated, undergo rigorous testing procedures, or be fired. It’s wrong, will make our nation’s economic challenges worse, and must not be allowed to go into effect,” Hawley said.

Following today’s Federal Court of Appeals decision, we presume next stop will be SCOTUS to decide just how authoritarian the US Government can be.

This article appeared at ZeroHedge.com at:  https://www.zerohedge.com/political/federal-appeals-court-blocks-bidens-big-company-vaxx-mandate