What is an “Excise?” 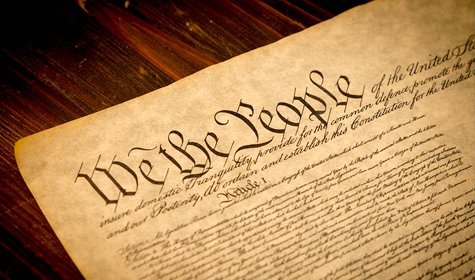 Article I, Section 8, Clause 1 of the Constitution reads as follows:

At the time the Constitution was written, an excise was universally understood to be an “inland” (domestic) tax on the consumption of commodities, specifically on manufactured goods. To cite only a few of many examples:

Typical subjects of excise taxes were alcoholic beverages, carriages, silks, and certain other items then considered luxuries, such as coffee, chocolate, and tea.

As an indirect tax, an excise was one kind of levy known generically as a “duty.”

By contrast, taxes on individuals (“capitations”), property, businesses, income, and the ordinary business of life were considered “direct.” The Constitution required them to be apportioned among the states.

In 1937, the Supreme Court decided Charles C. Steward Machine Co. v. Davis, in which the Court ruled that the Social Security tax on employers was an “excise,” and therefore did not have to be apportioned among the states. The Court cited three pre-constitutional tax statutes that were not imposed on commodities but, it said, were excises. All of the Court’s citations were bogus: None of the statutes were excises. Two were head taxes. The other was a non-excise duty.

The Steward Machine case illustrates the incompetent, and sometimes mendacious, methods the Supreme Court employed during the 1930s and 1940s—the very nadir of its history.*

In fact, the tax on employers was a classic direct tax and should have been apportioned among the states as Congress previously had apportioned other direct taxes.

(* Some would argue that the Dred Scott case of 1857, a similarly mendacious decision, represented the Court’s nadir. But that was a single horrid case issued by an otherwise competent bench. At least on constitutional subjects, the Court during the 1930’s and 1940’s issued one poorly-crafted decision after another.)

Note: This column is based on research for Rob Natelson’s forthcoming article, tentatively entitled, What the Constitution Means by “Duties, Imposts, and Excises”—and Taxes (Direct or Otherwise)

Rob Natelson is a long-time conservative/free market activist, but professionally he is a constitutional scholar whose meticulous studies of the Constitution’s original meaning have been repeatedly cited in U.S. Supreme Court opinions and published or cited by many top law journals (See:  www.constitution.i2i.org/about/) He co-authored The Origins of the Necessary and Proper Clause (Cambridge University Press) and The Original Constitution (Tenth Amendment Center). He was a law professor for 25 years and taught constitutional law and related courses. He is the Senior Fellow in Constitutional Jurisprudence at Colorado’s Independence Institute.