Does Drilling Through the Mineral Estate of Another Constitute Trespass? 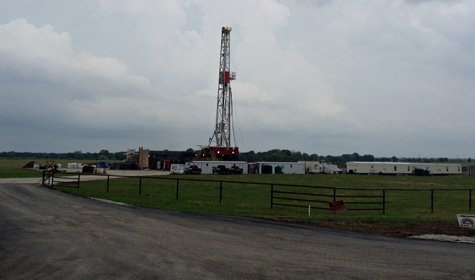 An interesting case between Lightning oil Company and Anadarko E&P Onshore, LLC is currently  making its way through the Texas judicial system.  The case raises the following question.  Where an oil and gas production company seeks to drill a  horizontal well through the mineral interest of another, in order to produce oil and gas from a lease held by the driller, does trespass occur?

The Briscoe Ranch sits just north of the Chaparral Wildlife Management Area (CWMA) in Dimmit County, Texas.  Lightning holds the mineral lease for the 3,250 acres just north of the CWMA.  The surface of the ranch is owned by Briscoe Ranch.  Anadarko holds a lease for the mineral estate underlying the CWMA.  The surface of the CWMA is owned by the Texas Parks and Wildlife Department.

The lease between Anadarko and Texas Parks and Wildlife Department prohibits Anadarko from using the surface of the CWMA for oil and gas wells without consent, requiring Anadarko to user off-site drilling locations when “prudent and feasible.”  In order to access the minerals beneath the CWMA, Anadarko entered into a Surface Use and Subsurface Easement Agreement with Briscoe Ranch.  This agreement gave permission for Anadarko to build several well pads and drill numerous wells on the Briscoe ranch, that would then horizontally cross property lines and actually produce oil from beneath the CWMA.  Importantly, there were to be no “take points” along the horizontal well on Lightning’s lease.

Lightning appealed the denial of the temporary injunction to the San Antonio Court of Appeal.  Here again, the court upheld the denial of the temporary injunction.  [Read full opinion here.]  Lightning argued three issues:  (1) Anadarko’s plan to drill through Lightning’s mineral estate to reach its own adjacent mineral estate constituted trespass; (2) Briscoe Ranch, a third party surface owner with no mineral rights, does not have the right to consent to drilling activity; and (3) Lightning is entitled to an injunction.

The court refused to answer the first two questions–the most interesting from an agricultural law perspective. The court, instead, left those issues to be decided at a trial on the merits in the lower court.  With regard to the injunction, the Court of Appeals found that there was insufficient proof that Lightning would suffer imminent, irreparable harm to justify the injunctive relief.

Why Should We Care?

This case poses an interesting issue of whether Texas courts will recognize trespass of the mineral estate when operators use horizontal drilling.  The advances in technology that created the ability for horizontal drilling clearly created an unforeseen legal question–does drilling through the mineral estate of another constitute trespass?  And, further, who has the right to grant ability to drill through the mineral estate and to receive the payments for the agreement–the mineral owner or the surface owner?  This is an issue that is unlikely to go away anytime soon and could have major impacts on oil and gas operators, landowners, and minerals across the state.