China’s Man-Made Military Island Outposts, The Dramatic Before And After Photos 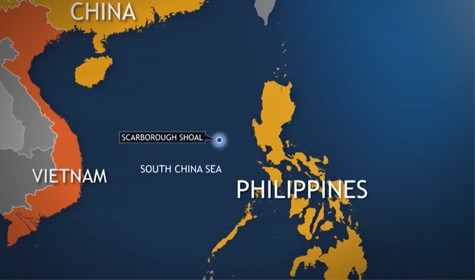 There’s been no shortage of coverage (ACNO covered it here) both in these pages and elsewhere of China’s unprecedented land reclamation efforts in the Spratlys.

While China isn’t the first country to create new territory in the disputed waters of the South China Sea, the scope of Beijing’s development (some 3,000 acres) sets it apart and the construction of air strips and ports (not to mention the alleged stationing of artillery) has some of Washington’s regional allies especially concerned.

The prospect of China declaring a no-fly zone over its new islands and the idea that the PLA may attempt to curtail the movement of the US navy in and around the Spratly archipelago has only served to exacerbate the situation and now, Fiery Cross Reef has become something of a symbol for China’s maritime ambitions.

While we’ve presented plenty of images depicting China’s progress in turning reefs into sovereign territory, we’ve yet to show the before/after contrast and so, without further ado, here are the images which show the extent to which Beijing is literally redrawing maritime boundaries in disputed waters.

This article appeared at ZeroHedge.com: http://www.zerohedge.com/news/2015-09-22/chinas-man-made-military-island-outposts-dramatic-and-after-photo-book