Can The Various Pension And Benefit Ponzis Survive The Coming Wave Of Baby Boomer Retirements? 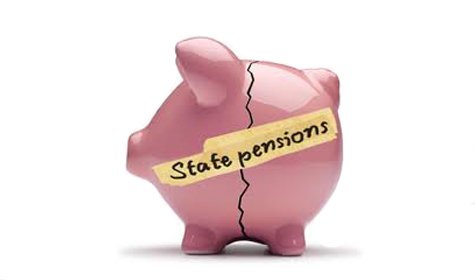 The U.S. economy is a well-oiled machine fueled by voracious consumers with unprecedented access to cheap credit used to buy everything from McMansions to a $300 sofa.  The Baby Boomer generation played a huge role in the credit-fueled economic expansion that has played out over the past several decades.  The problem is that, like every generation preceding them, Baby Boomers will also retire.

A few charts from a recent research report by Jan Hatzius of Goldman perfectly illustrate how Baby Boomers are on the cusp of transitioning from their peak earnings age into the largest population of retired citizens the U.S. has ever seen.

And, as would be expected, as people retire they tend to earn less, borrow less and spend less.  The impact on an economy of an aging population can be devastating…just ask Japan.

But the problem with Baby Boomers retiring in the U.S. is not necessarily the fact that their incomes will decline which will necessarily lead them to borrow and spend less.  The much larger issue is that retiring Baby Boomers will expose the many ponzi schemes that have festered in this country since the early 1930’s when FDR ushered in the “New Deal” and social security.  It is no secret that social security is insolvent (see our post entitled “Scathing New Report Shows Just How Bankrupt Social Security Really Is“) as funds reserved for future generations are simply used to pay out current benefits.  But social security isn’t the only problem.  Public and private pension funds are sitting on trillions of dollars of liabilities that retiring Baby Boomers are about to start collecting.  The problem, of course, is that many of these funds are insolvent as well.  Just last week we pointed out how the Dallas Police and Fire Retirement System was paying out $2.11 for every $1.00 they collected (see “Dallas Cops’ Pension Fund Nears Insolvency In Wake Of Shady Real Estate Deals, FBI Raid“).

Of course, slow-moving crises like these are rarely preemptively addressed.  The political consequences of cutting social security or pension benefits are just too high for our elected officials.  So we suspect the various ponzi schemes can continue to survive for a while longer by stealing from future generations to satisfy current claims but at some point reality will take hold.  With Baby Boomers just on the verge of retiring in force we fear the beginning of the end is upon us.

This article appeared at ZeroHedge.com at:  http://www.zerohedge.com/news/2016-08-23/can-various-pension-and-benefit-ponzis-survive-coming-wave-baby-boomer-retirements