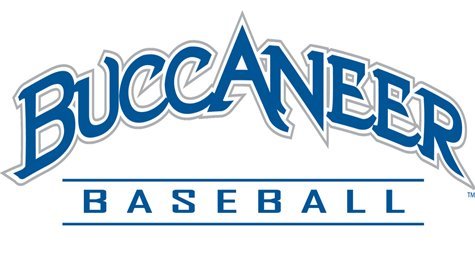 GALVESTON, Texas – Blinn College baseball got a little revenge by taking a pair of games from Galveston College by the scores 1-0 and 11-4 Saturday afternoon in Galveston.

The pair of victories brings the Buccaneers back to .500 in Region XIV play at 2-2 and improve to 7-6 overall. Galveston took a pair from Blinn on Thursday and the Buccaneers bounced back to steal a pair in Galveston.

Blinn wasn’t deterred by the lack of offense in the first game as Nathan Alexander and Cody Moos teamed up on the mound to shut down Galveston in the 1-0 victory.

Alexander got the start and pitched 5 2-3 innings and gave up only two hits while striking out four for the win. Moos came on in the sixth and picked up the save with 1 1-3 innings of work, allowing only one hit.

All of the scoring came in the third when Pappas singled to get on base and Winders placed a bunt perfectly enough for the single to bring in Pappas for the 1-0 lead. That would all the scoring Blinn needed in the slim victory.

Blinn got much more offensive support as the bats came alive in the nightcap to pick up the sweep with an 11-4 victory.

Jay Anderson, MacNamee, Austen Swift and Patrick King all knocked in two runs apiece. McElreath and Hillin Warren each added an RBI as well. Blaine Suehs got the win on the hill by pitching seven innings and allowing only two runs on four hits while striking out four. Just like in the first game, Moos came on in the later innings to close out the game while allowing two earned runs.

Blinn got going right away in the first inning when MacNamee singled with two outs and then later came around to score on a single to left by Warren for a 1-0 lead. Swift followed with an RBI single to left for a two-run lead.

The scoring continued in the second when Colton Parrish started the inning with a single and then came in to score on a sacrifice bunt by Anderson for a 3-0 lead. MacNamee brought in a pair with a double to left for a 5-0 advantage. Galveston scored a pair in the fourth to get within 5-2.

McElreath got hit by a pitch in the fifth to start the inning and Warren followed with a walk. Both McElreath and Warren scored on a two-run single by King to center for a 7-2 lead. Winders started off the sixth with a single and later scored on an error for the eighth run and MacNamee scored on a ground out for a 9-2 advantage.

Blinn kept pouring it on in the eighth when Winders started the inning with a double and later came in to score on a single by Swift to make the score 10-2. Galveston scored a run in the bottom of the eighth to get within 10-3.

Blinn got that run right back when Parrish singled to start the inning and later came in to score on a sacrifice fly hit by Anderson for an 11-3 lead. Galveston added a single run in the ninth to make the score slightly closer but Blinn held on for the seven-run victory.

Blinn will next host a non-conference double-header with Temple College on Monday, Feb. 29 that begins at 3 p.m.