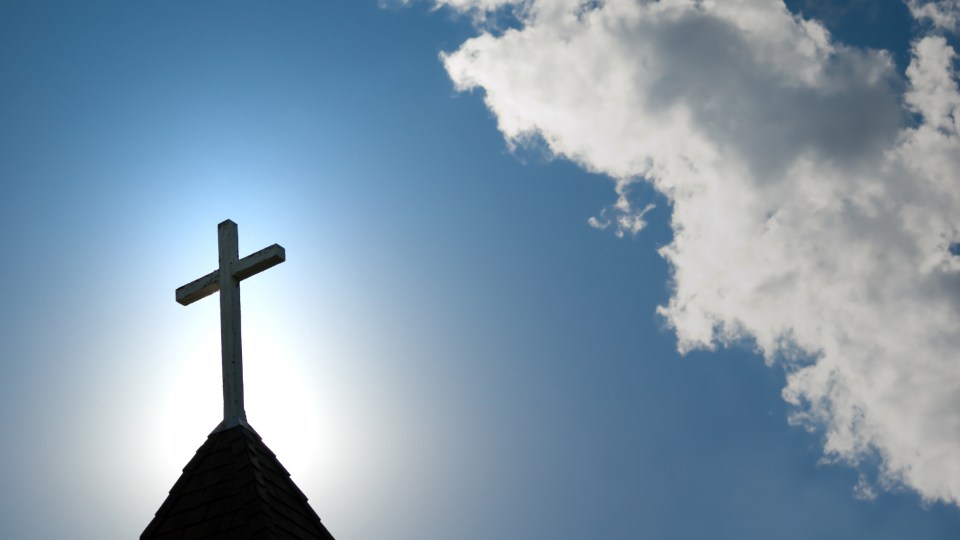 Americans’ faith in organized religion continues to trend down at an accelerated pace. A new poll from Gallup shows for the first time since the public opinion polling company began asking questions in 1937, the number of Americans who view themselves as members of a church, synagogue, or mosque has plunged below 50%. Keep in mind, in 1937, when Gallup first asked the question, 73% went to church, synagogue, or mosque.

America is losing its religion, and this trend of a more secular state has been accelerating since the Dot Com Bust (the early 2000s). The poll found 47% of Americans said they were a part of a church, synagogue, or mosque, down from 50% in 2018 and 70% in 1999. 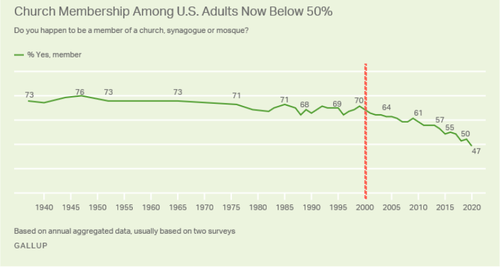 The gradual decline of Americans losing their religion began in the 1950s and rapidly accelerated in the early 2000s. America’s unique combination of wealth (status quo power) and worship during the 20th century appears to be unraveling in the 21st century.

The obvious question that comes to mind is what the hell happened around the Dot Com Bust?

Perhaps, the shift away from organized religion is due to millennials. Polling data found membership at a house of worship correlations with age, with older Americans more likely to attend church, synagogue, or mosque than younger generations.

As millennials come to age and in the next couple of years will dominate the workforce, the loss of religion will undoubtedly continue, triggering a “religion crisis” for organized religious institutions.

Indeed, as the society-wide shifts in ideals and beliefs occur as the millennial generation takes power, their taste for organized religion sours.

There are a couple of major trends driving the plunge in faith in organized religion – millennials with no religious preference are soaring above all other generations, and religious membership is plunging among the youth. In fact, membership continues to decline across all generations, but millennials are increasing faster. 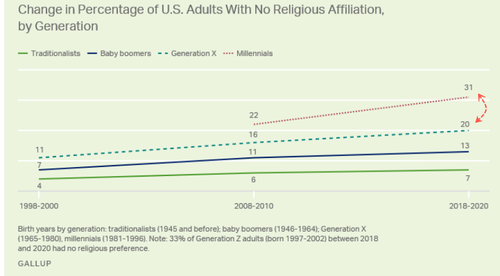 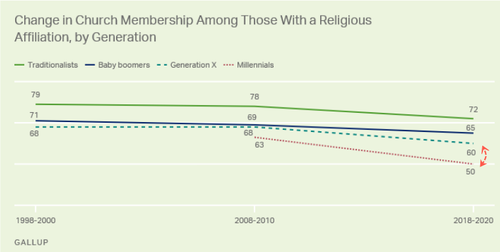 America is losing its religion. 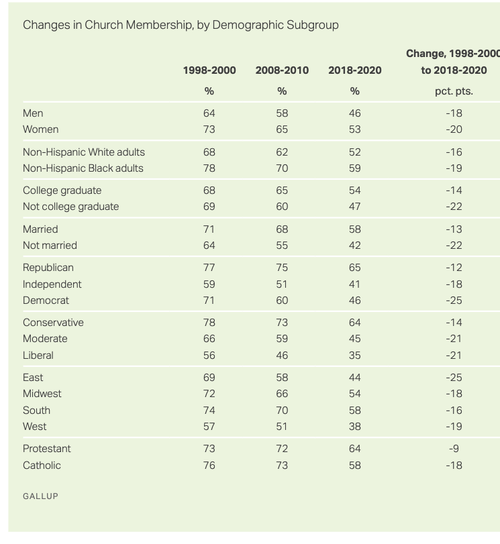 So the next question: Why are millennials losing faith faster than all other generations?

Well, maybe the American Dream of getting married, buying a home with a white picket fence, having kids, attending church or temple, and having a stable career is unattainable for the young generation as they’re bound by ball and chain to insurmountable student loans, credit card debt, auto loans, and crappy jobs.

As America’s youth slips away from organized religion and past traditions, maybe this is a symptom of a dying country.

The much larger question of the sudden loss of religion is the social ramifications this may have for the country as a secular state could be in the making.

This article appeared at ZeroHedge.com at:  https://www.zerohedge.com/political/america-lost-its-religion-church-membership-plunges-below-50-first-time