What Do We Mean By “States’ Rights?” 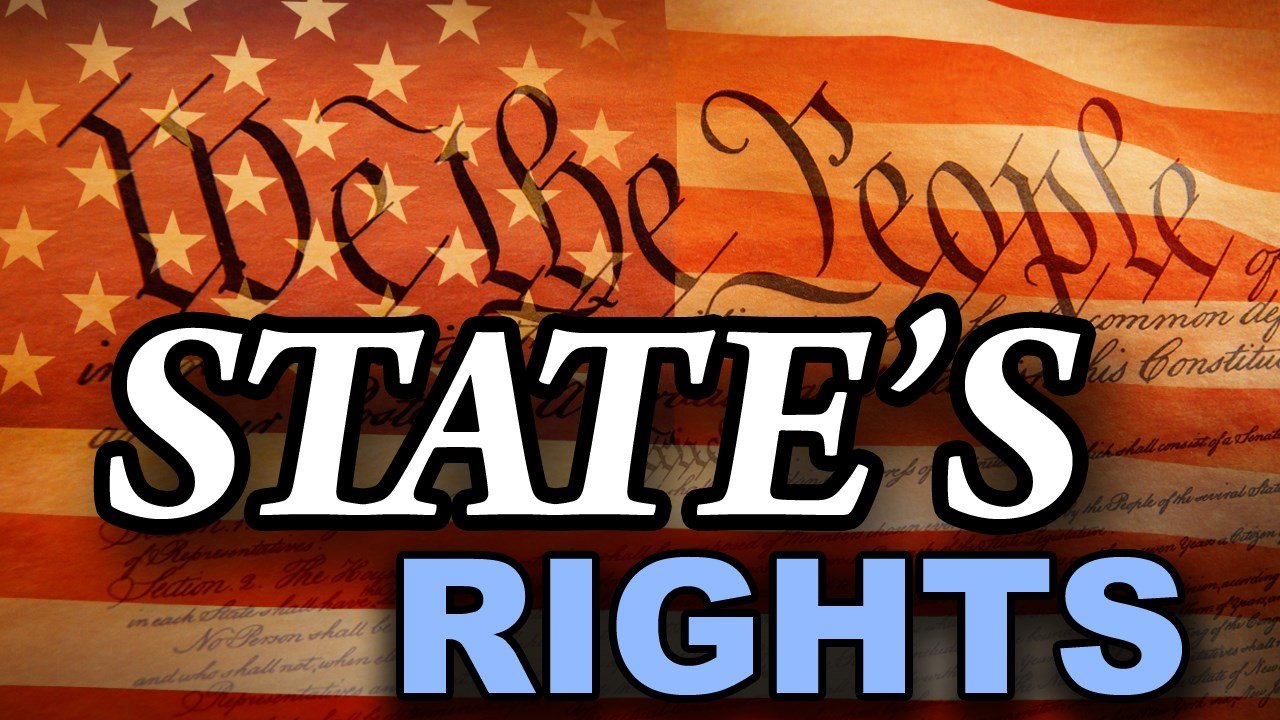 You’ll often hear the term “states’ rights” thrown around. When I use that term (and I really don’t like to) somebody will invariably respond, “States can’t have rights. Only people have rights.”

You know what? They’re right.

Well, it’s really just a short-hand way to talk about the rights of the people of the states.

In the American system, the people of each state are sovereign. In that sense, states constitute the 50 independent, sovereign political societies that make up the United States. It was the people of the states who ratified the Constitution and formed a union.

And of course, people do have rights.

This is a key concept to understand. The United States are not a “nation” – not in the strict sense of the word. The U.S. system is a federated republic. This is a crucial distinction that I talk about in a recent podcast. You can listen HERE.

James Madison explained the meaning of the “states” as sovereign parties to the Constitution in the Virginia Report of 1800. He was defending the Virginia Resolutions of 1798 where he asserted that the “states” ratified the Constitution. As Madison makes clear, by states he meant “the people of the states.” This is one of the foundational principles underlying the American political system.

“The other position involved in this branch of the resolution, namely, ‘that the states are parties to the Constitution or compact,’ is in the judgment of the committee, equally free from objection. It is indeed true that the term ‘States,’ is sometimes used in a vague sense, and sometimes in different senses, according to the subject to which it is applied.

Although it might be wished that the perfection of language admitted less diversity in the signification of the same words, yet little inconveniency is produced by it, where the true sense can be collected with certainty from the different applications. In the present instance whatever different constructions of the term ‘States,’ in the resolution may have been entertained, all will at least concur in that last mentioned; because in that sense, the Constitution was submitted to the “States”: In that sense the ‘States’ ratified it; and in that sense of the term ‘States,’ they are consequently parties to the compact from which the powers of the Federal Government result.” [Emphasis added]

So, when we talk about states’ rights, we really mean the rights of the people who make up each sovereign political society in the American system –  their right to establish governments, delegate powers and even to rescind those powers.

Michael Maharrey is a journalist, author, and speaker.  He speaks at events across the United States, and frequently appears as a guest on local, national and international radio shows advancing constitutional fidelity and liberty through decentralization.  He has written three books: Our Last Hope – Rediscovering the Lost Path to Liberty, Smashing Myths: Understanding Madison’s Notes on Nullification, and  Nullification Objections: Dismantling the Opposition.  He currently serves as the national communications director for the Tenth Amendment Center.  This article originally appeared at: https://tenthamendmentcenter.com/2019/07/21/what-do-we-mean-by-states-rights/