“We Cannot Defy The US”: European Refiners Fold To Trump, Will Stop Buying Iran Crude 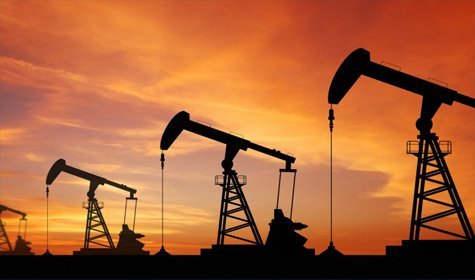 For all of Europe’s bluster, and increasingly vocal “resistance” to Trump unique approach to international politics, especially when it comes to Iran when Brussels swore it would defy the US president and continue business as usual with Tehran, it took Europe about a month to fold, and as Reuters reports European refiners are now unofficially winding down oil purchases from Iran, closing the door on a fifth of the OPEC member’s crude exports.

And since the only true leverage that Iran had vis-a-vis Europe was its deeply discounted crude oil, the shuttering of crude purchases from the Islamic republic will suddenly make European governments especially ambivalent whether to continue fighting Trump in hopes of salvaging the Iranian nuclear, when there is only downside left.

How did Trump win? By the implicit threat to sanctioning and cutting off Europe’s financial institutions, and although European governments have not – yet  – followed Washington by creating new sanctions, banks, insurers and shippers are gradually severing ties with Iran under pressure from the U.S. restrictions, making trade with Tehran complicated and risky, and if anything, all cash (or bitcoin).

Immediately after Trump announced on May 4 announced that the US is quitting the landmark 2015 nuclear deal between Iran and world powers and reimposed sanctions on Tehran, effectively making Iranian exports “radioactive” on the global scene, ministers from Germany, France and Britain protested vocally and repeatedly, urging U.S. officials to shield European companies from the sanctions, but the refiners have decided to not take any chances.

“We cannot defy the United States,” a senior source at Italy’s Saras, which operates the 300,000-barrels-per-day Sarroch refinery in Sardinia, told Reuters. Saras is determining how best to halt its purchasing of Iranian oil within the permitted 180 days, the source said, adding: “It is not clear yet what the U.S. administration can do but in practice we can get into trouble.”

Saras is hardly alone: virtually all other European brand refiners, including France’s Total, Italy’s Eni, Spain’s Repsol and Cepsa as well as Greece’s Hellenic Petroleum are preparing to halt purchases of Iranian oil. These refiners account for most of Europe’s purchases of Iranian crude, which represent around a fifth of the country’s oil exports.

Iran’s crude sales to foreign buyers averaged around 2.5 million bpd in recent months; and while the bulk of the exports go to Asia, roughly 500kbp/d in Iranian output will now be mothballed.

There is a few months before all purchases are cut off: the companies will continue to purchase cargoes until the sanctions take effect, after the 180-day wind down period ends on Nov. 4.

Europe’s largest refiner, Total, does not intend to request a waiver to continue crude oil trading with Iran after Nov. 4. Eni said it had an oil supply contract outstanding for the purchase of 2 million barrels per month, expiring at the end of the year.

“Our trading activity (remains) business as usual … We continue to strictly conform with European Union and international laws and regulations,” a Cepsa spokesman said, clearly forgetting that Europe’s poseur leaders are now part of the anti-Trump resistance. Or “are” only as long there are some fringe benefits to be had. Because if Europe can’t have access to Iran’s cheap oil, watch how the continent’s liberal elite forgets how to even spell Tehran.

All this is happening as Europe continues to pretend it is fighting Trump, if only for naive public consumption, and on Wednesday, the EU again urged the Trump administration to exempt European companies from sanctions on Iran.

Ministers from Germany, the UK and France, along with EU Foreign Policy Chief Federica Mogherini, have signed a letter asking the US to allow its companies to continue to trade with Iran and spare certain industries from punitive measures. “As allies, we expect that the United States will refrain from taking action to harm Europe’s security interests,” the letter states before outlining a list of demands.

📝 We ask the American authorities, in a letter signed with Germany, the UK and @eu_eeas to exempt European businesses doing legitimate trade in Iran from all extraterritorial American sanctions. Those businesses must be able to pursue their activities. pic.twitter.com/mDZP42gb0b

The letter is the functional equivalent of tweeting “thoughts and prayers” after yet another tragic terrorist incident or mass shooting event.

However, at the basis of Europe’s humanitarian betrayal are not the oil companies but the banks: banks, shipping firms and insurance companies are now distancing themselves from the Islamic republic, leaving Europe’s refiners few options but to stop oil purchases.

“It’s a matter of finding a tanker and an insurer that will cover it. It’s definitely not easy right now,” a source at Repsol said.

Hellenic had to stop imports because the Swiss bank that it used was no longer processing payments to Iran, an industry source familiar with the situation said.

Yet as Europe prepares to wind down its Iranian oil imports, the wildcard is Asia, where some buyers are also expected to reduce their purchases, such as India’s Reliance Industries. The owner of the world’s biggest refining complex plans to halt oil imports from Iran, two sources familiar with the matter told Reuters last week.

The big question is whether China, which has been making aggressive inroads into Chinese commerce in recent years, which recently launched a new train landline to Iran, and whose state-owned oil giant, CNPC – the world’s third largest oil and gas company by revenue behind Saudi Aramco and the National Iranian Oil Company – is now set to take over the role held by Total in a huge gas project in Iran, will step up its Iranian oil imports and offset the loss of Iranian oil exports to Europe, India and Japan, and if so, just how will the Trump administration react.

This article appeared at ZeroHedge.com at:  https://www.zerohedge.com/news/2018-06-06/we-cannot-defy-us-european-refiners-fold-trump-will-stop-buying-iran-crude