War Is On The Horizon: Is It Too Late To Stop It? [VIDEO] 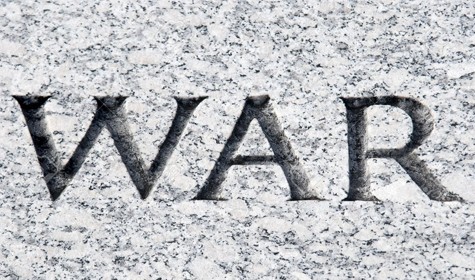 One lesson from military history is that once mobilization for war begins, it takes on a momentum of its own and is uncontrollable.

This might be what is occuring unrecognized before our eyes.

In his September 28 speech at the 70th Anniversity of the United Nations, Russian President Vladimir Putin stated that Russia can no longer tolerate the state of affairs in the world. Two days later at the invitation of the Syrian government Russia began war against ISIS.

Russia was quickly successful in destroying ISIS arms depots and helping the Syrian army to roll back ISIS gains. Russia also destroyed thousands of oil tankers, the contents of which were financing ISIS by transporting stolen Syrian oil to Turkey where it is sold to the family of the current gangster who rules Turkey.

Washington was caught off guard by Russia’s decisiveness. Fearful that the quick success of such decisive action by Russia would discourage Washington’s NATO vassals from continuing to support Washington’s war against Assad and Washington’s use of its puppet government in Kiev to pressure Russia, Washington arranged for Turkey to shoot down a Russian fighter-bomber despite the agreement between Russia and NATO that there would be no air-to-air encounters in Russia’s area of air operation in Syria.

Although denying all responsibility, Washington used Russia’s low key response to the attack, for which Turkey did not apologize, to reassure Europe that Russia is a paper tiger. The Western presstitutes trumpeted: “Russia A Paper Tiger.”

The Russian government’s low key response to the provocation was used by Washington to reassure Europe that there is no risk in continuing to pressure Russia in the Middle East, Ukraine, Georgia, Montenegro, and elsewhere. Washington’s attack on Assad’s military is being used to reinforce the belief that is being inculcated in European governments that Russia’s responsible behavior to avoid war is a sign of fear and weakness.

The basis of US foreign policy is the commitment to prevent the rise of powers capable of constraining Washington’s unilateral action. The ability of Russia and China to do this makes them both a target.

Washington is using Syria, as it used Ukraine, to demonstrate Russia’s impotence to Europe— and to China, as an impotent Russia is less attractive to China as an ally.

For Russia, responsible response to provocation has become a liability, because it encourages more provocation.

In other words, Washington and the gullibility of its European vassals have put humanity in a very dangerous situation, as the only choices left to Russia and China are to accept American vassalage or to prepare for war.

Putin must be respected for putting more value on human life than do Washington and its European vassals and avoiding military responses to provocations. However, Russia must do something to make the NATO countries aware that there are serious costs of their accommodation of Washington’s aggression against Russia. For example, the Russian government could decide that it makes no sense to sell energy to European countries that are in a de facto state of war against Russia. With winter upon us, the Russian government could announce that Russia does not sell energy to NATO member countries. Russia would lose the money, but that is cheaper than losing one’s sovereignty or a war.

To end the conflict in Ukraine, or to escalate it to a level beyond Europe’s willingness to participate, Russia could accept the requests of the breakaway provinces to be reunited with Russia. For Kiev to continue the conflict, Ukraine would have to attack Russia herself.

The Russian government has relied on responsible, non-provocative responses. Russia has taken the diplomatic approach, relying on European governments coming to their senses, realizing that their national interests diverge from Washington’s, and ceasing to enable Washington’s hegemonic policy. Russia’s policy has failed. To repeat, Russia’s low key, responsible responses have been used by Washington to paint Russia as a paper tiger that no one needs to fear.

We are left with the paradox that Russia’s determination to avoid war is leading directly to war.

Whether or not the Russian media, Russian people, and the entirety of the Russian government understand this, it must be obvious to the Russian military. All that Russian military leaders need to do is to look at the composition of the forces sent by NATO to “combat ISIS.” As George Abert notes, the American, French, and British aircraft that have been deployed are jet fighters whose purpose is air-to-air combat, not ground attack. The jet fighters are not deployed to attack ISIS on the ground, but to threaten the Russian fighter-bombers that are attacking ISIS ground targets.

There is no doubt that Washington is driving the world toward Armageddon, and Europe is the enabler. Washington’s bought-and-paid-for-puppets in Germany, France, and UK are either stupid, unconcerned, or powerless to escape from Washington’s grip. Unless Russia can wake up Europe, war is inevitable.

Have the totally evil, dumbshit neocon warmongers who control the US government taught Putin that war is inevitable?

Paul Craig Roberts is an American economist, author and blogger. He served for one year as an Assistant Secretary of the Treasury for Economic Policy in the Reagan administration.  This article appeared at zerohedge.com at:  http://www.zerohedge.com/news/2015-12-10/war-horizon-it-too-late-stop-it