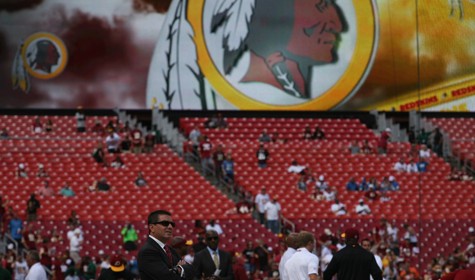 The landmark case, which appeared before the Trademark Trial and Appeal Board, was filed on behalf of five Native Americans. It was the second time such a case was filed.

“This victory was a long time coming and reflects the hard work of many attorneys at our firm,” said lead attorney Jesse Witten, of Drinker Biddle & Reath.

Federal trademark law does not permit registration of trademarks that “may disparage” individuals or groups or “bring them into contempt or disrepute.” The ruling pertains to six different trademarks associated with the team, each containing the word “Redskin.”

“We are extraordinarily gratified to have prevailed in this case,” Alfred Putnam Jr., the chairman of Drinker Biddle & Reath, said. “The dedication and professionalism of our attorneys and the determination of our clients have resulted in a milestone victory that will serve as an historic precedent.”

The ruling does not mean that the Redskins have to change the name of the team. It does affect whether the team and the NFL can make money from merchandising because it limits the team’s legal options when others use the logos and the name on T shirts, sweatshirts, beer glasses and license plate holders.

In addition, Native Americans have won at this stage before, in 1999. But the team and the NFL won an appeal to federal court in 2009. The court did not rule on the merits of the case, however, but threw it out, saying that the plaintiffs didn’t have standing to file it. The team is likely to make the same appeal this time. Team officials are expected to make a statement this morning.

“It is a great victory for Native Americans and for all Americans,” Blackhorse said in a statement. “I hope this ruling brings us a step closer to that inevitable day when the name of the Washington football team will be changed.”

The Redskins name change controversy has been gathering steam over the past few years. U.S. senators, former and current NFL players and others all have called for team owner Dan Snyder to change the name.

Snyder declined to comment as he left the practice field at Redskins Park, the team’s training facility in Ashburn, following a morning practice Wednesday at an offseason minicamp. Snyder did not verbally acknowledge a reporter’s question on the the ruling, instead waving his hand and continuing to walk.

Team officials said there would be a statement on the ruling later in the day.

Bruce Allen, the team’s president and general manager, said as he walked off the practice field Wednesday: “When the statement comes out, you’ll get it.”

Asked whether the Redskins believe they can continue to use their team name under the circumstances, Allen said: “Did you read it?… We’re fine. We’re fine.”