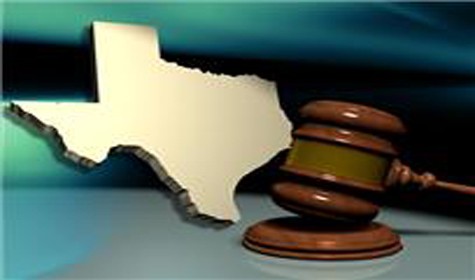 Mr. Westergen was involved in a multi-party lawsuit over the right to purchase a 190 acre parcel of land.  During mediation, the parties agreed to settle their dispute, release their claims against one another, and that National Property Holdings (NPH) would purchase the property.  According to Mr. Westergren, NPH’s attorney orally promised Westergen that he would become a partner with NPH on the property and would receive $1 million and a share in the profits when the property was developed and sold in the future.  This was not included in the settlement agreement and no separate agreement was drawn up.

Later, when 20 of the 190 acres was sold, Mr. Westergen asked for his $1 million plus his share of the profits.  NPH said they could only pay him $500,000 at that time.  So Mr. Westergren met with NPH’s attorney and accepted the $500,000 check.  Additionally, NPH’s attorney presented Mr. Westergren a document titled “Agreement and Release” that stated he agreed to relinquish any and all interest in the property and all claims against NPH in exchange for the payment of $500,000.  Mr. Westergren did not read the release prior to signing.

According to Mr. Westergren’s testimony, in a call prior to the meeting, the attorney told him that the $500,000 was the first half of the promised $1 million.  He claimed that at the meeting, he was in a hurry and was not wearing his glasses.  He says that the attorney never mentioned a “release” but instead referred to the document as a “receipt” and told Mr. Westergren it was nothing and not to worry about it.  Mr. Westergren did not ask the attorney or the notary to read him the release, although he admitted he could have done so.  He also did not use the magnifying glass on his watch in place of his glasses to read the document.  Instead, he relied upon the statements of the attorney about the contents of the release and signed.

Several months later, when Mr. Westergren did not receive additional payment, he reviewed the release and discovered what he signed.  He filed suit against NPH alleging, among other claims, fraud and breach of contract.  Specifically, he alleges that he was fraudulently induced into signing the release by the attorney’s false statements, and that his reliance on those statements was justifiable.  The lower courts found in favor of Mr. Westergren.  NPH appealed to the Texas Supreme Court.

In order to prove that one was fraudulently induced into signing a document, the party must show: (1) the defendant made a material representation; (2) the representation was false and was either known to be false when made or was made without knowledge of the truth; (3) the representation was intended to be relied upon by the injured party; and (4) the injury complained of was caused by the justifiable reliance of the injured party.  Here, the case turned on whether Mr. Westergren’s reliance on the attorney’s statements was “justifiable.”  Mr. Westergren argued that it was, while  NPH argued that it was not because he could have read the document himself.

The Supreme Court set forth the law regarding failure to read a document that one signs.  “A party to a written contract cannot justifiably rely on oral misrepresentation’s regarding the contract’s unambiguous terms….This is particularly true when the party had a reasonable opportunity to review the written agreement, but failed to exercise ordinary care to do so….Instead of excusing a party’s failure to read a contract when the party has an opportunity to do so, the law presumes that the party knows and accepts the contract terms….As we have recently observed, it is not the courts’ role to protect parties from their own agreements.”

Applying this law to the facts, the Supreme Court sided with NPH.  “Westergren could not justifiably rely on [the attorney’s] statements about the content of hte release, which directly conflict with the content of the release itself.  On its face, the release’s intent and effect is obvious and unambiguous….Westergren chose not to read this release before he signed it in the presence of a notary and instead relied on [the attorney’s] representations regarding its contents.  We hold that, as a matter of law, that reliance was not justifiable.”

1.  I am willing to bet that everyone reading this blog has signed a document without reading its contents.  This case serves as a reminder that when you sign a document, you are presumed to have read and to agree with its contents.  This is true even if the other party involved falsely explains the document’s meaning to you.  It is critical that you carefully read every document that you sign and, for important documents, I always recommend you have an attorney take a look as well.

2.  Equally as important is the reminder of the need to ensure that contracts are in writing.  Mr. Westergren was relying upon a oral contract that NPH would pay him $1 million and a share of profits, but nothing was ever reduced to writing.  Mr. Westergren was not at all protected in this situation–in fact, NPH could likely have refused to pay him a dime and won on an argument that the oral contract was invalid under the Statute of Frauds (which requires contracts for the sale of real estate to be in writing).  It is critical that all contracts (particularly those involving such a large sum of money and those falling under the Statute of Frauds) be in writing.