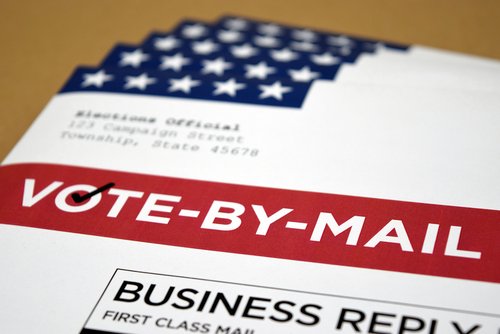 After calls from election integrity activists and Republican officials, the Texas Secretary of State’s office has ordered an “immediate halt” on Democrat-run Harris County’s massive mail-ballot plan. This further proves Texans will have to stay alert in order to guard this year’s election integrity.

Earlier this week, Democrat Harris County Clerk Chris Hollins announced that for the upcoming November election, they would take the unprecedented step of sending 2.37 million mail-ballot applications to all of the county’s registered voters. The Harris County Commissioners Court approved the Democrat effort in a party-line vote, allocating more than $17 million in additional taxpayer funding to the county’s election administration. This raised the department’s total taxpayer funding to over $29 million.

This drew criticism from election integrity activists and Republican officials, including State Sen. Paul Bettencourt (R–Houston) and the Republican Party of Texas. In a statement on Thursday, the Texas GOP urged Texas Secretary of State Ruth Hughes to “review any foul play that could harm the integrity of our elections.”

Hughes listened. On Friday morning, Keith Ingram, the Director of Elections for the Secretary of State’s office, sent a letter to County Clerk Hollins asking for an “immediate halt to any plan to send an application for ballot by mail to all registered voters and announce its retraction.”

In the letter, Ingram argues that sending applications to all registered voters could cause voters to provide false information on the form, confuse voters about their ability to vote by mail, and impede the ability of those who are able to vote by mail by clogging up the infrastructure with applications from those who do not qualify.

Texas election law currently allows for absentee ballot-by-mail for voters who are either over the age of 65, disabled, out of the county during the voting period, or incarcerated but otherwise eligible to vote.

While Democrats have pushed for expanded mail ballots for years, conservatives have been rightly skeptical of plans to expand mail-in ballots, as the process is often ripe for fraud and abuse.

Elections Director Keith Ingram says if Harris County does not end its plan to mail-ballot applications to all voters in the county by Monday, August 31, it will request Texas Attorney General Ken Paxton to take “appropriate steps.”

Texans concerned about the integrity of their elections are encouraged to contact their county commissioners to ensure they aren’t copying Harris County—and if they are, to inform the Texas Secretary of State and attorney general immediately.

This article appeared at TexasScorecard.com and was written by Brandon Waltens.  It can be referenced at: https://texasscorecard.com/local/texas-election-director-orders-halt-to-harris-countys-massive-mail-ballot-plan/