The massive trade imbalance with China has left the US with an abundance of empty shipping containers piling up at warehouses and outside parking lots around ports. Sending shipping containers back to China is often a costly task for shipping companies, and many are left in the US.

So Texas Gov. Greg Abbott, thinking on his feet, is dealing with a twin crisis of containers and his state overrun by migrants because the Biden administration has ignored the border crisis, has repurposed containers as a makeshift wall to block illegals.

According to Breitbart’s Randy Clark, dozens of shipping containers were hauled to the banks of the Rio Grande in Texas to serve as a makeshift border wall in preparation for a migrant caravan. 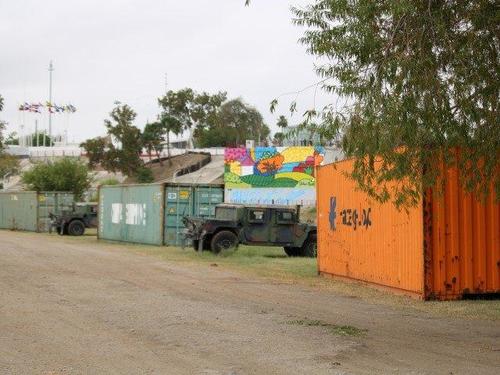 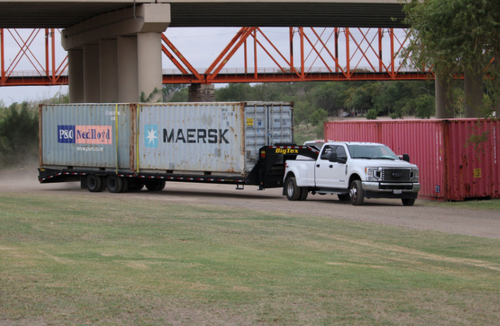 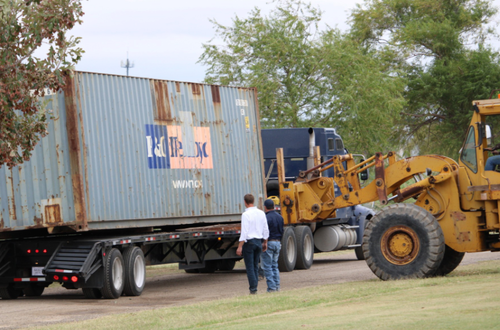 Last week, Abbot told Fox News’s Tucker Carlson about his strategy to use shipping containers to shore up the border:

“And in addition to that beginning today, we begin dropping these large containers that you see on 18-wheelers, that y’all see on these ships that are going across the ocean. We’re dropping them down on locations that could be crossings that would be used by these caravans to serve as a blockade to prevent them from coming across the border. And then on top of that, if they do come across the border, the National Guard and the Texas Department of Public Safety, they are authorized to arrest any of these people who make it through out blockade efforts and put them in jail for violating a crime of criminal trespass in the state of Texas.”

The governor said they’re placing the containers at hot spots known for illegal crossing. National Guard and Department of Public Safety troopers will be stationed behind the containers to prevent the caravan from penetrating the border.

“It’s a tool that the governor is using to try to help slow down, curb this invasion, this invasion that we’re seeing at our southern border,” said Nehls.

Only the Biden administration can end the migrant crisis by securing the border and enforcing stricter immigration policies. But that is not in their interest as a flood of migrants have illegally crossed into the US.

This article appeared at ZeroHedge.com at:  https://www.zerohedge.com/political/texas-builds-makeshift-border-wall-using-shipping-containers-prevent-migrant-caravan