It appears that Jeffrey Epstein had really good timing when he, according to New York Chief Medical Examiner Barbara Sampson, decided to hang himself in his Manhattan jail cell the morning of August 10th – crushing bones in his neck which can fracture during hangings, but are typically broken during homicide by strangulation.

Not only was his cellmate moved out the day before he died, overworked prison guards reportedly fell asleep – missing their assigned 30-minute checks on the highest profile inmate in the Metropolitan Correctional Center (MCC). Epstein had recently been taken off suicide watch stemming from mysterious injuries he received weeks earlier. The convicted pedophile said he had been attacked.

He was placed on suicide watch for about a week after that — meaning he was monitored 24-7. He was placed back in the jail’s special housing unit late in the month and, for a time, had a new roommate.

But that person was transferred the day before Epstein’s death, and a new roommate was not assigned — despite the fact that at least eight jail officials knew Epstein was not to be left alone in his cell. –Washington Post

Now, the Washington Post reports that at least one of the cameras in the hallway outside Epstein’s cell had footage that is “unusable,” despite “other, clearer footage” which was captured in the area. v

In short, it looks like we may never know why sources heard “shouting and shrieking” from Epstein’s jail cell the morning he died.

It was not immediately clear why some video footage outside Epstein’s cell is too flawed for investigators to use or what is visible in the usable footage. The incident is being investigated by the FBI and the Justice Department’s inspector general’s office, which are attempting to determine what happened and how to assess whether any policies were violated or crimes committed.

The footage is considered critical to those inquiries, and the revelation of an unusable recording is yet another of the apparent failures inside the Metropolitan Correctional Center, the short-staffed Bureau of Prisons facility in downtown Manhattan that held Epstein. –Washington Post 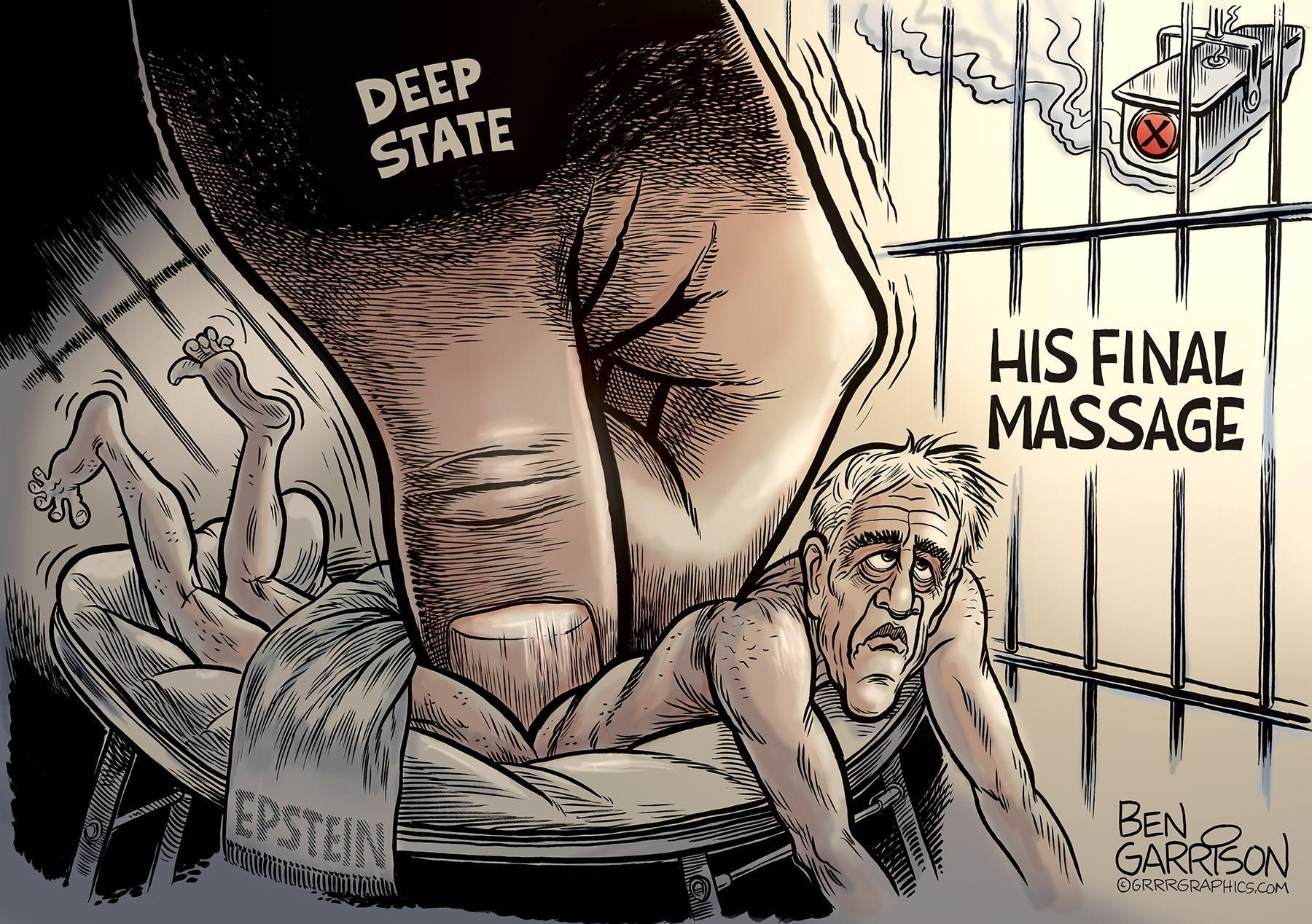 Epstein was arrested on July 6 on charges of sex-trafficking minors in Florida and New York. Despite pleading with the judge for pretrial release, the pedophile financier was ordered held without bond.

On August 10, the 66-year-old was found hanging by in his cell by bedsheets. He was rushed to the hospital and later pronounced dead.

And while prosecutors have filed to drop charges against Epstein, their investigation into his potential co-conspirators has continued. On Tuesday, a federal judge will hold a hearing to determine how to proceed – and will allow Epstein’s accusers to speak in court.

Lawyers for Epstein and his family have questioned the official suicide ruling, as well as the thoroughness of the investigation into his death.

“The defense team fully intends to conduct its own independent and complete investigation into the circumstances and cause of Mr. Epstein’s death including if necessary legal action to view the pivotal videos — if they exist as they should — of the area proximate to Mr. Epstein’s cell during the time period leading to his death,” said lawyers in an August 16 filing. “We are not satisfied with the conclusions of the medical examiner.”

Attorney General William Barr, meanwhile, described “serious irregularities” at the MCC, and announced an investigation into what happened.

“I was appalled to learn that Jeffrey Epstein was found dead early this morning from an apparent suicide while in federal custody. Mr. Epstein’s death raises serious questions that must be answered,” said Barr, adding. “In addition to the FBI’s investigation, I have consulted with the Inspector General who is opening an investigation into the circumstances of Mr. Epstein’s death.”

This article appeared at ZeroHedge.com at:  https://www.zerohedge.com/news/2019-08-27/surveillance-video-outside-epsteins-cell-deemed-unusable/